After years of pretending to be interested in the taste and describing wine in flowery language, Britons have been advised to just get the cheap shit that will get you wasted.

Wine expert Denys Finch Hatton said: “Wine is basically piss waiting to happen. Forget all this rubbish about ‘hints of charcoal’ and get the cheapest stuff you can find.

“I’ve spent most of my life working as a sommelier for top London restaurants so I can confirm it’s all nonsense and you should get any plonk that gives you a buzz.

“As for this business of spitting it out, what’s that all about? Did you ever see them on Bake Off regurgitating the cake into a bucket? It’s madness.

“I only became a wine taster for posh restaurant goers so I could drink a third of their bottle before telling them it was okay. Then I’d go home and spend my wages on Lambrusco.”

A&E targets to be changed to 'If you're not dead' 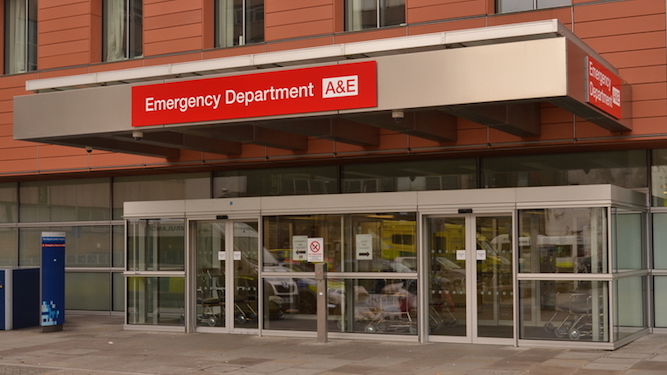 THE government has announced it is scrapping waiting time targets for A&E and will instead consider it a success if some patients survive.

After the worst A&E figures on record were released, the definition of good care will simply be changed to at least some people not being dead.

A government spokesman said: “Rather than work harder to try and hit targets we think it’s better to get rid of them altogether and turn A&E departments into real-time natural selection arenas instead.

“So if you’re healthy enough to make it through several hours of lying on a cold floor with a potentially life-threatening injury you’ll eventually get to see a doctor. Everyone else will simply die.

“That means you won’t take up a bed space that could have been used by a more useful member of society. It makes perfect sense when you think about it.”

He added: “Our other option was to just abolish the NHS altogether, so if you can’t afford treatment you will definitely die, thus solving the problem of poverty as well.

“But we’re still in the post-election honeymoon phase of making Boris Johnson appear ‘nice’, so that will have to wait for a month or two.”