'Lightweight' friend only one without dysfunctional relationship with alcohol

A MAN described as a ‘lightweight’ by his friends is the only one in the group who does not have a f**ked up relationship with alcohol.

Oliver O’Connor is frequently mocked by his mates for the fact that when they go out drinking he doesn’t end up vomiting in a hedge, blacking out or having a fight in a kebab shop.

Jack Browne said: “Olly just can’t handle his booze. When we went to our local club on Saturday, we were all downing flaming sambucas while he was still nursing his second pint of Grolsch.

“That lightweight never gets up to the drunken fun the rest of us do, like losing our phones, passing out in club toilets or snogging some random on the dance floor and f**king up our relationships. What a loser.”

O’Connor said: “I had three pints tonight. Tomorrow morning I’ll wake up feeling fine, and my girlfriend won’t have to wearily strip the bed because I’ve pissed in it again but am so hungover I’m incapable of doing it myself.

“I then don’t spend the beginning of the week in a state of miserable anxiety before deciding the only way to feel better is to start drinking again. And they think I’ve got a problem?” 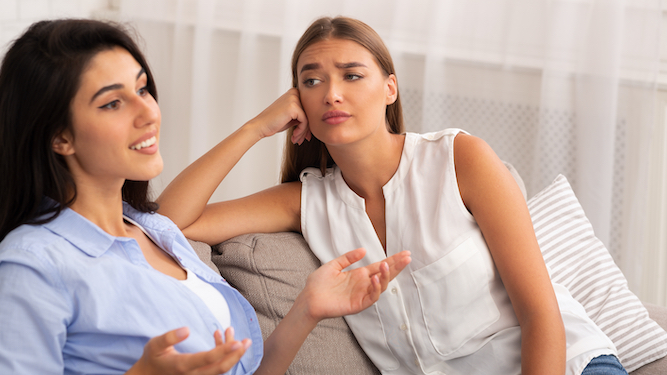 GOOD friendships are built on shared interests, emotional support and clandestine loathing. Here are the reasons even the closest of pals secretly despise one another.

When friends ask each other ‘How’s work going?’, they really want to hear ‘F**king awful, I hate it and I earn nothing’. So imagine the loathing that’s generated when they’re actually told ‘Really well, I just got a raise and my job’s piss easy’. This sort of simmering professional resentment is the bedrock of most adult friendships.

Their house is too nice

Houses are not merely places where you live. As an adult they are a temple to your ego and life status. When you invite good friends over you are really asking them to come and worship at the altar of your own magnificence which also happens to have a fixed APR. Need to establish your dominance? Install bifold doors.

A pair of friends out on a double date is one of the most passive-aggressive sights known to man. On the surface they look like a carefree, fun-loving group of people, but internally they are bitterly jealous and wondering ‘How the f**k did they pull someone so far out of their league?’ The answer is usually: they were very drunk.

Look at their f**king body

Even the most body-positive friends will sneak a look at their pal’s body once in a while and let out a withering sigh of contempt. How are they keeping the bastard thing in shape when they eat shit and barely go to the gym? Maybe they’ve had work done. Tap up your most bitchy mutual friend to confirm this suspicion or start a rumour.

No matter which camp you fall into, there’s something to hate about either situation. If you’ve got kids then expect friends to envy your settled life and deep human connections. If you haven’t got kids, look out for people resenting your ability to sleep in at the weekends and possess disposable income. It’s a no-win situation.