A MAN sure his New Year’s Eve would end in the throes of passionate sex found himself home alone in bed without making it to midnight.

Nathan Muir went out equipped with condoms and a liberal spray of Burberry Brit, certain he’d have his pick of women to seduce at midnight, but ended up settling for a drunken wank before passing out at 11pm.

Muir said: “I thought Wetherspoons would be a hotbed of gorgeous ladies but I counted exactly five women in the whole pub, three of which were working behind the bar and the other two were already snogging blokes.

“I tried it on with the bar staff anyway, but they were weirdly disinterested in me, despite the fact that I impressively downed five shots of black sambuca in a row.

“I was sick on my trainers soon after and had to be put in a taxi by security. The driver let me stop off for a chicken doner so I suppose the evening wasn’t a total bust.”

Friend Jack Browne said: “You’d think even a sexist pisshead like Nathan could pull on New Year’s Eve, but I guess it just goes to show how much of a bellend he is.”

Artificial tree envious of trees that get to die 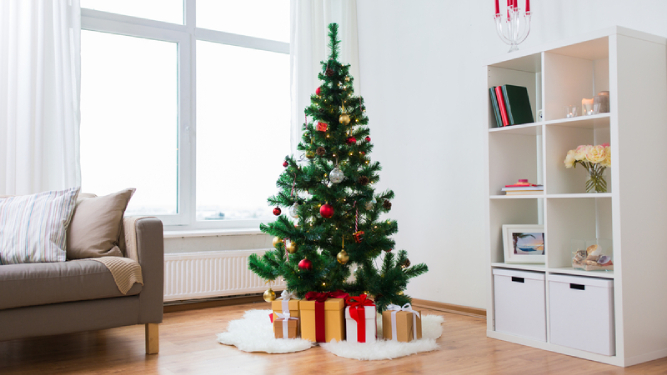