A MAN foolishly asked his parents who rarely drink alcohol to buy a bottle of wine after forgetting they would fuck it up.

While visiting his parents, Tom Logan asked them to pick up “a bottle of Merlot or just any red wine for about a fiver”, not realising the chaos this nigh-on impossible task would bring.

Sales manager Logan said: “After doing some gardening for the folks I thought it would be relaxing to have a few of glasses of wine. How fucking wrong was I.

“First I got a call from Mum on her mobile saying Sainsbury’s didn’t sell wine. I said I was sure they did, and eventually worked out they were in the soft drinks and cordial aisle.

“A few minutes later I got another call saying they ‘hadn’t got the wine you wanted’ and they were trying somewhere else. Later I discovered they were looking for a brand called ‘Merlin Wine’.

“Mum said they were going to the wine shop. I said they really didn’t need to but they insisted. Then I realised they meant The Wine Shop, the local corner shop that sells dangerous toys.

“Finally they arrived back all flustered with a bottle of something called ‘Grayson’s Tonic Wine’. I’d never had iodine-flavoured wine before but at least it was alcoholic.

“It tasted of what I imagine long-dead mice do so I put a splash of lemonade in. Then I realised it was 0.5% alcohol and poured the whole lot down the sink.” 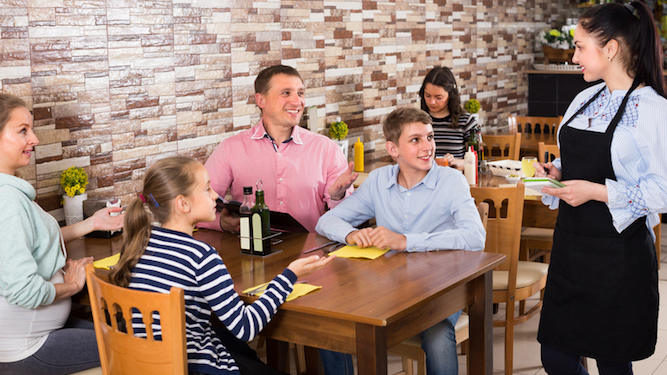 A FATHER-OF-TWO puts on a strange, jocular personality whenever he is in a restaurant, to the extreme discomfort of his family and female waiting staff.

Martin Bishop starts speaking in an inappropriately loud voice and making jokes he thinks are funny, but actually make his wife and children want to kill both him and themselves.

Daughter Nikki said: “Dad’s usually a pleasant, relatively normal man but there’s something about talking to waitresses that turns him into a disturbing hybrid of Les Dawson and Homer Simpson.

“The other day he told one he likes to eat his salad ‘undressed’ and then laughed like a lunatic while everyone wished they’d get sudden, catastrophic food poisoning just so they could escape the situation.

“Once he asked a waitress ‘Do you like this wine?’, as if he was inviting a 17-year-old stranger at work to sit down with us, which would have been deeply peculiar.

“Still, it was better than that time he tried to make a running joke about asking for a jug of water. I swear the waitress’s false smile was causing me actual physical pain.

“We can’t even accuse him of being sexist because he’s pretty weird with male waiters too. The other night he asked some poor sod ‘Do you go out to the nightclubs?’. Where the fuck was that supposed to lead?”