THE ‘Spoons is closed so there’s no longer anywhere to while away the day. Follow regular Norman Steele’s tips and turn your own home into a daytime chain pub.

Set up your phone or laptop to one side of you, to capture your craggy boozer’s profile and your frequent long, despairing exhalations. Never look at it just as you’d never look at your fellow drinkers. It’s enough that you’re in the company of like-minded souls.

Nobody needs to hear a load of prattle when they’re supping their pint of heavy. That’s for the evening crowd. Keep yourself to yourself, and make sure there’s no music in the background to disturb the grim atmosphere, just like the real Wetherspoons.

Give your pub a name

Look up a local luminary you can name your pub after. Perhaps a man who lived on your street invented the mop-and-bucket or composed a stirring martial march and deserves recognition. Or just name it after whichever previous resident gets most unpaid gas bills. Your regulars won’t f**king care.

Walk a very long way to the toilet

If Wetherspoons are known for anything, it’s walking across the pub, up the stairs, up the next stairs, and down a long landing to the toilet. Recreate that magic by doing nine laps round your bedsit before having a piss, leaving your pint alone on screen for others to salivate at.

Your virtual Wetherspoons will soon be flooded by the young, the cheerful, those who still have hope. Leave them to it. Shut your Zoom session down at 6pm sharp. You’ll see all the same haggard faces at 9am tomorrow anyway. 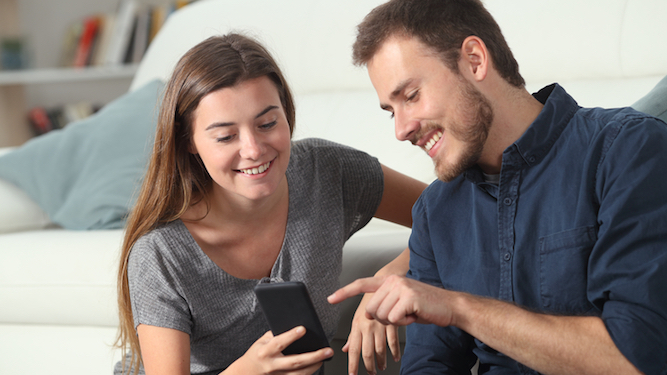 A MARRIED couple are kindly reaching out to their single friends who are too busy wanking, eating and getting drunk to answer.

Tom and Nikki Hollis are taking care to drop condescending messages to their unpartnered pals during lockdown, while steadfastly refusing to entertain the idea that they could be totally fine.

Hollis said: “When I think of some of my friends, it breaks my heart. Poor Jane, for example, is locked down all alone with only her cat.

“How on earth is she spending her days? It doesn’t bear thinking about. I’m getting in touch every morning to say I’m thinking of her and to subtly hint that probably no one else is.”

When approached for comment, Jane confirmed that she was enjoying watching Magic Mike with her hands down her pants and drinking wine in the day, rather than being drawn into passive-aggressive arguments about cupboard organisation strategies like her married friends.

She said: “Six solid weeks, at least, without having to think up an excuse to get out of one of Tom and Nikki’s f**king tedious dinner parties is utter bliss.”