A WOMAN who spends all her spare time getting shitfaced with her mates is struggling to make it sound like a respectable extracurricular interest.

Nikki Hollis would like employers to think she is a well-rounded individual rather than someone who counts drinking 19 shots of tequila without passing out as one of her greatest achievements.

Hollis said: “Work takes up a depressingly large part of my week so when I’ve got time off I want to spend it relaxing by drinking until I vomit, but it’s hard to make that sound good on a CV.

“The closest I’ve got is ‘socialising with friends’, but they’ll see through that in a second. Maybe I could put ‘volunteering with substance abusers’, which is essentially the truth when it comes down to it.

“I got wasted in a country pub a few months ago, so maybe I could put ‘Exploring the countryside’. If they ask about it, I’ll just say something about trees and shit, not puking up in the taxi.

“I could totally lie and say I enjoy mentoring young people or volunteering in a soup kitchen, but then I might sound like a sanctimonious little twat.

Potential employer Francesca Johnson said: “Nikki needn’t worry because after a few years working here everyone becomes a borderline alcoholic. Excuse me, I have to drink some vodka from the bottle in my desk.”

First date ideas that will guarantee your relationship is doomed 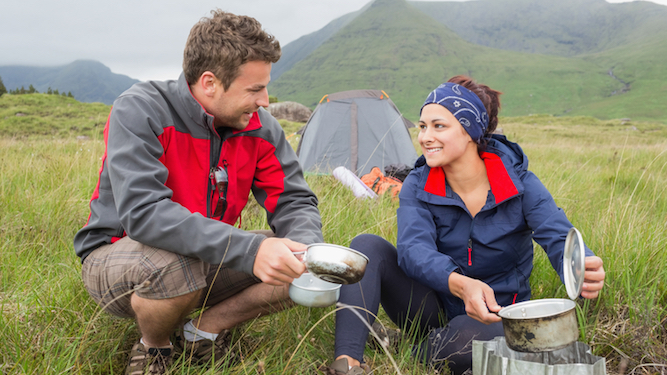 DO you think it would be ‘fun’ to have a first date at a wedding? If that sounds like a good idea then here are some even worse suggestions.

Dinner with your parents

Even if you really love your family, getting your parents involved at this stage will make you look like Anthony Perkins in Psycho, even if you haven’t killed them and stuffed them. Yet.

A terrible idea because: (a) wearing sports kit makes normal people feel embarrassed and socially anxious, and (b) you won’t be able to drink excessively to combat said anxiety. Not to mention the fact that your date is running the risk of getting into a long-term relationship with a tedious fitness fanatic.

Anything to do with kids

You might, for example, really enjoy looking after your sister’s children, and that’s great. But as a date it has the subtext ‘WE CAN BE BREEDING PARTNERS SOON’, which isn’t all that sexy.

Suggesting a camping trip might seem spontaneous and interesting, but you’re essentially asking a stranger to spend the night with you in a remote place. You know, like a murderer would. Also it’s pretty hard to look attractive while wearing wellies and clutching a bog roll as you stumble off to the communal toilets for a shit.

Going for a drink with your ex

Or anything at all to do with your ex, who probably dumped you for being a bit of a weirdo in the first place.