A WHOLE generation of music listeners are suffering through the revival of the house music they have already hated once.

Hits by Philip George, David Zowie and Tough Love have left thirtysomethings struggling to comprehend how this could happen again so quickly, much like Europeans at war with Germany in 1939.

Wayne Hayes of Harrogate said: “People criticise Britpop, but they don’t realise it was a necessary colonic irrigation to purge our systems of 90s commercial house and r’n’b.

“Somehow it lay dormant in our systems and was kickstarted by the next Tory recession, once again swamping the charts without even the amusement of watching two panicky white blokes dance around a Korg on Top of the Pops.

“Will it keep recurring? As an old man of 78 will the robots in the care home be wiping my arse to a looped sample of a Jackson Five song over uplifting piano and a breakbeat?”

Hayes’s 58-year-old mother Mary Hayes said: “The poor fool. He thinks it all started with him. He has no idea that he was conceived to disco.”

Government bans hoverboards and going on about Back to the Future 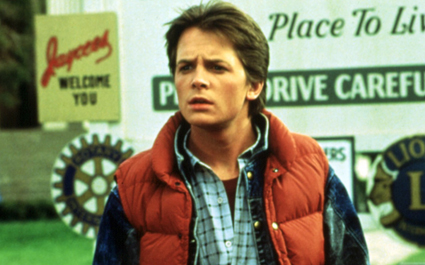 THE government has banned hoverboards and enthusing about Back to the Future.

Anyone wishing to use a hoverboard or to argue the merits of a 1980s time-travel comedy can now only do so on private land.

Eleanor Shaw of the CPS said: “Anyone riding a so-called hoverboard on the streets is liable for prosecution, and that goes double for anyone still banging on about Marty McFly like a family sci-fi comedy is the best thing to come out of human culture in the last 30 years.

“Discussion appertaining to the sequel, literally a retread of the dubious glories of the first, or the odious third instalment could result in prison time.”

41-year-old Tom Booker said: “I’m going to a former airfield this weekend, where I can shout my theories about the movie’s playful critique of Freudian psychoanalysis and the law can’t touch me.

“I’ll leave the hoverboard at home though, because it makes me look like someone pretending to be a ghost who has forgotten to put a white sheet over themselves.

“Also it does not actually hover and is clearly on wheels.”