CHILDREN are credulous idiots who are easily influenced by things they see on telly. Here is some of the nonsense they completely believe:

Unless they are unquestionably villains, people don’t die from falling off cliffs or high buildings because they are always saved at the last nanosecond by grasping someone’s hand or an implausibly thin bit of rope. Dissuade them from testing this when you take them for a trip up the Shard.

Big cakes are only for falling into

Is there a party featuring a large, multi-tiered cake which has been lovingly prepared by a camp, angry chef? It will never get eaten because in less than one minute someone will fall dramatically into it. Similarly, small cakes are never consumed because they are only for pushing your enemy’s face into.

Being yourself is a good thing

A popular theme in kids’ films is that being yourself is the path to happiness. Given that they’re learning this lesson from another child pretending to be someone they aren’t it’s strange that they believe it, but children are gullible little suckers so they swallow it wholesale.

American schools are full of well-dressed kids striding down clean, bright school corridors and engaging in glamorous stories about prom queens and cheerleaders. Sadly, the reality of British schooling is that the buildings are scruffy, the uniform is a shiny nylon jumper and the most interesting thing that will ever happen is when the naughty kid puts a condom in the maths teacher’s flask.

From Home Alone to Tom & Jerry, children’s films and TV are jam-packed with horrifically violent scenes, such as getting smacked in the face with a full tin of paint or being set on fire. However, these acts of aggression and the injuries they cause are hilarious and fun, and no one is left with a traumatic case of PTSD in the aftermath.

Love, happiness, and other things money actually can buy 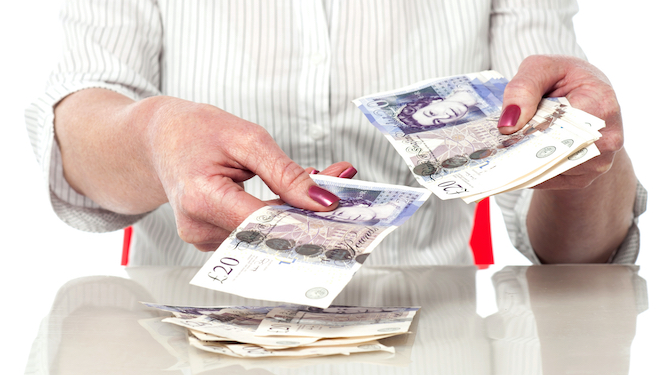 HAVE you clocked that people who say money isn’t important aren’t in a rush to give up all their cash? That’s because you can, in fact, buy anything:

Being in your overdraft all the time makes you feel anxious and miserable, which does not correlate with a general feeling of joy. But being financially comfortable means you can have all the nice things you want to do without worrying that doing a big shop will make you default on your mortgage. And if you use your riches to buy loads of MDMA, even better.

Sorry, but whoever put the ‘for richer, for poorer’ bit in the wedding vows was chatting sh*t. It won’t fix your terrible personality, but having loads of dosh will probably make you more appealing as a lifelong romantic partner than, say, someone who has a chronic gambling problem or lives in a tent in a park.

Likewise, people are naturally drawn towards that mate who is always happy to get a round in, and not the one who asks to borrow a tenner every time you see them. You can essentially buy yourself mates by seeming generous as opposed to just filthy rich. They might even end up genuinely liking you.

Two words: private healthcare. While the rest of us are slumming it on the NHS waiting list, a wealthy person can get a knee replacement within a few weeks, because they can shell out a few thousand pounds willy-nilly. They can also afford to buy huge houses in the countryside rather than live in a damp flat next to a pollution-choked duel carriageway.

Oh, so no-one lives forever? Then explain why we know who Tutankhamun and J.D Rockefeller are. If you bury yourself in gold or pay to have a building named after you, you won’t be forgotten as quickly as the rest of us chumps. You can’t take your money with you, but you can use it to keep showing off even after you’re dead.