Every aspect of daily life now like 'House Of Cards'

GOING to work, eating some cereal and paying a parking fine are all just like House of Cards, it has been confirmed.

Research has shown that all situations ever can now be directly compared to the fictional programme set in Washington DC.

Plasterer Wayne Hayes said: “I was at work yesterday and took a call on my mobile. As I was speaking I thought ‘this is exactly the sort of thing Frank Underwood would do’.”

Carolyn Ryan, from Dorchester, added: “My son doesn’t really phone any more, and it got me thinking. It’s just like when Frank Underwood and Freddie fell out in House of Cards.

“Also, my mother often enjoys talking to herself, just like Frank Underwood in House of Cards.

“It really made me laugh when I thought of it. Honestly, it’s like House of Cards around here.” 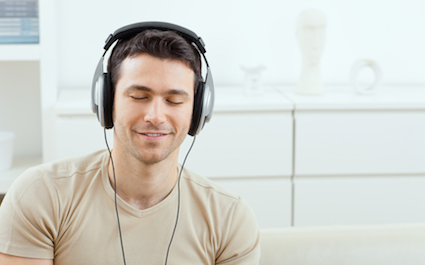 A MAN has remained unconcerned throughout Brexit, the collapse of the Labour party, and a wave of celebrity deaths because he is wearing enormous headphones.

Tom Logan, from Barnet, says that his noise-cancelling headphones, which cover one-fourth of his head’s total surface area, have successfully insulated him from every problem facing Britain today.

He added: “I see all these people getting worked up about, like, some European thing or whatever and I just gesture to my ears and smile.

“Why understand stuff that might distress you when instead you can be taking in Daft Punk’s shimmering Random Access Memories on a stunning soundstage of breathtaking sonic fidelity?

“War coming? Not to me, mate. I’ve got headphones.”

Logan added: “Though the one thing that does bother me is what’s happening to the young people now, because I keep seeing them wearing Beats By Dre. They are not good headphones.”