A THIRD of Disney’s upcoming Star Wars theme park will be complete cack in honour of the prequels.

Newly released concept art shows a large area devoted to hated characters and rides based on idiotic scenes from the films everyone wishes did not exist.

A Disney spokesman said: “Everything based on Episodes IV to IX will be excellent or at least very good, whereas the prequels bits will be crap and taint the whole experience for you.

“There will be a thrilling ride based on the speeder bike chase from Jedi, but also a really dull one where you sit in Qui-Gon Jinn’s submarine and see a big fish and that’s about it.

“You’ll need to eat while you’re there, so there’ll be restaurants based on Dexter Jettster’s stupid 1950s diner where you can grab a liver burger with Marmite fries.”

Disney ‘imagineer’ Tom Logan said: “I’m currently working on the ‘Naboo Tunnel of Love’ where you sit in a gondola and listen to an animatronic Anakin and Padme emotionlessly reciting excruciating dialogue for three hours.” 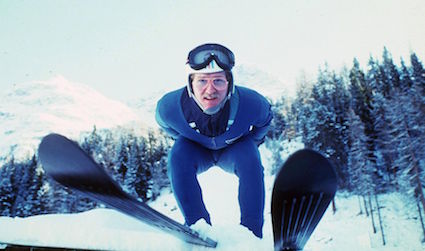 ANGELA Eagle is a less viable leader of the Labour Party than haphazard ski jumper Eddie ‘the Eagle’ Edwards, it has been confirmed.

Eagle had emerged as the leading challenger to Jeremy Corbyn, but researchers discovered most people would rather be governed by Eddie the Eagle, a member of US country-rock band The Eagles, or just a large eagle.

Voter Bill McKay said: “I’m sure she’s very nice, but when it comes to representing Britain in international trade talks we’d be in safer hands, or talons, with a massive bird of prey.

“Granted, it can only communicate in an indecipherable, high-pitched squawk, but it wouldn’t burst into tears because it thought it had hurt Jeremy Corbyn’s feelings.

“Eddie the Eagle might, but he’s a lovely bloke and is far too good for the Labour Party.”