ACTRESS Saoirse Ronan is to star as a superhero she has admitted she has never heard of and could not care less about.

The 22-year-old, who will play DC’s Zatanna in an upcoming movie, has scandalised audiences by refusing to claim to have been a fan of the character for years.

She said: “I am an extremely attractive woman who most recently starred in an adaptation of Chekov, and you’re asking me if I read children’s comics?

“No, I don’t. Nor did my brother ‘read comics and pass them on to me’, nor am I especially thrilled to be stepping into Zatanna’s iconic fish-net tights and top hat to appear at the San Diego Comic Convention.

“I will stand in front of a green screen waving my arms and pretending magic is coming out, and for this I will be paid money.

“That is, and always has been, the deal.”

Comics reader Tom Booker said: “I don’t understand it. They must have found the only actress in Hollywood who isn’t secretly a big geek even though it’s the last thing you’d expect.” 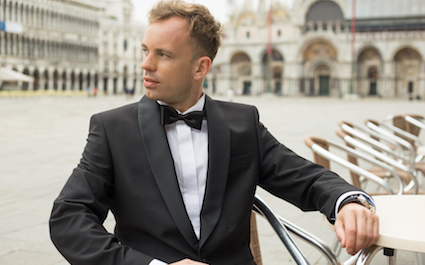 A MAN is convinced that Britain should stay in Europe because he imagines it gives him continental flair.

Quantity surveyor Wayne Hayes, who believes himself a cut above the Little Englander types, argues that Brexit would make him look parochial and unworldly.

He continued: “When you look at me, you see a man who could be drinking Bellinis in Harry’s Bar in Venice for breakfast before flitting to Barcelona for tapas on Las Ramblas.

“How’s that going to work if we leave the EU? I don’t want to be thought of as a man who’s always queuing for visas.

“I support Inter Milan, I watch the films of Francois Truffaut, and I read Herman Hesse in the original German, or certainly I’d like people to believe I do.

He added: “I believe there are other reasons, tariffs and such, but they are really beneath the attention of a dashing, George Clooney-esque Europhile like moi.

“No, staying in Europe is the suave, sophisticated thing to do and that’s the sort of person I am.”