2016 is to be brought to an early end before anybody else dies.

The decision, which means that New Year’s Eve is on April 30th, has been taken at the highest level following the deaths of Victoria Wood and Prince on consecutive days.

Joseph Turner, head of the Royal Observatory at Greenwich, said: “It’s irregular, but 2016 appears to be a rare phenomenon, occurring only once or twice a millennium, which we in the timekeeping business call ‘a total bastard.’

“We managed to get a look at what else it had in store and well, let’s just say my only worry is that January 1st 2017 – a week on Sunday – is still too far away.

“If your birthday falls in the cancelled eight months of 2016, you will soon be a year older. Trust me, it’s a small price to pay.”

Roy Hobbs of Sheffield said: “I’ve dropped two grand on a holiday in June, it’s my 25th wedding anniversary in October, I’ll be missing both, and I couldn’t care less.

“I’m sick of turning the telly on to see yet another hero die taking great chunks of my youth and happiness with them. 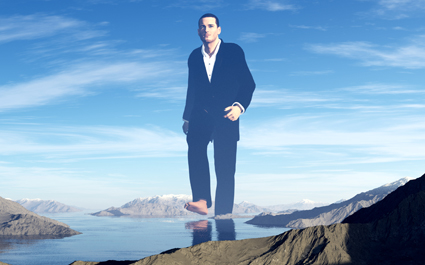 LIVERPOOL fans have grown up to eight times their normal size after a derby win against Everton.

The fans began puffing out a week ago after the team’s Europa League win against Borussia Dortmund, and are approaching maximum inflation after last night’s four-goal victory.

Football blogger Stephen Malley said: “A toxic combination of insularity and idolatry has given Liverpool fans the unfortunate tendency to swell with pride given even the slightest stimulus.

“Three wins against low-ranked opponents in a week means that even in London just two Liverpool fans can fill a tube carriage, swivelling their faces left and right to make eye contact, huge arms pointing to the Standard Chartered logo on their chests.

“On Merseyside itself, all roads have been closed to accommodate their massive forms and their persistent, piping cries of ‘Class!’ and ‘Boss!’ echo across the traffic-denuded streets.

“Be patient, let nature take its course, and a few losses later they’ll be back to their normal, bedraggled selves.”

He added: “But for the meantime avoid approaching them with anything piercing, like Gerrard slipping on his arse two years ago. Otherwise they’ll blow and oh God, the mess.”