ADELE has admitted cancelling shows because her songs do her head in.

The singer cancelled two UK dates because she is utterly sick of those Adele songs that you hear in all the shops.

She said: “I looked at the set list and it was all Adele songs, sung by Adele. Being the sort of feisty woman that I am, I cannot face an evening of that tired old bollocks.

“If I have to hear Someone Like You again I’m going to claw my own arse off. Hello came on in John Lewis the other day and I had to go and scream into a throw cushion.”

The star received widespread support from the British public, who also feel menaced by the omnipresence of her ballads about being dumped. Fans, however, expressed sadness and anger at missing the shows.

Adele added: “I love my fans, but let’s be honest, they have awful taste in music.

“They relate to me because I am just like them, except richer than a dog that shits diamonds.”

No hard feelings about that austerity thing, eh? say Tories 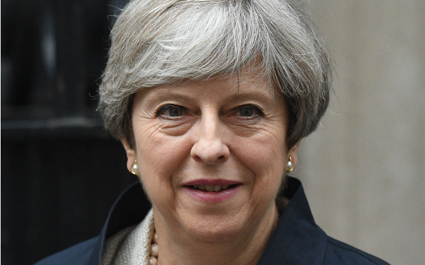 SEVEN years of unnecessarily brutal economic policies were no big deal and Britain should just move on now, Tory leaders have explained.

Conservatives feel there is nothing to be gained from dwelling on why austerity was vital before they fucked up at the election, but is totally optional now.

Prime minister Theresa May said: “It was entirely necessary at the time. The fact that it fitted in 100 per cent with our deep ideological hatred of public services and lazy dole people was just a weird coincidence.

“Yes, a few libraries closed down but who wants to read manky books covered in other people’s bogeys?

“Voters need to ask themselves if they want a government that’s dogmatic and inflexible, or can respond quickly to changing events like being on the brink of getting chased into the hills by an angry mob.

“We did what we thought was right at the time, based on careful planning. It’s not like we make up this shit as we go along, based on whatever best serves our selfish, ego-driven, careerist agenda.”

She added: “This week everyone called Sarah is getting a free car.”