Adele wins Grammy for not releasing an album

CHART sensation Adele has been given a Grammy for not releasing an album in 2013.

It is hoped that the award will encourage the 19 singer to not release an album about married life and motherhood in the next 12 months.

Grammy presenter LL Cool J said: “My wife will not stop playing that miserable shit and it has been like three years.

Music industry analyst Roy Hobbs said: “This award is a step towards a new business model.

“Big artists will be paid by people who dislike their music to not record catchy pop that sticks in the head like a brain parasite.”

Alpha male 'just a thing some men think they are' 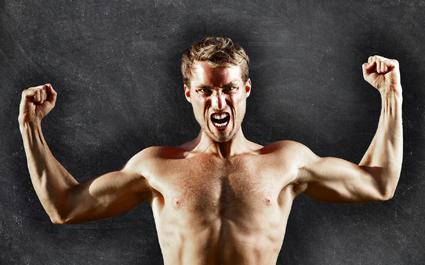 MEN who believe they are alpha males are deluded, it has emerged.

Researchers at the Institute for Studies studied self-styled alpha males and found them to be undistinguished men with larger-than-average watches.

Professor Henry Brubaker said: “One thing that’s clear is that anyone who thinks they’re an alpha male isn’t one.

“94% of these people are involved with either the selling or marketing of mobile phones, an industry which is inherently unmanly. They live in new-build flats they can’t really afford and read GQ magazine for tips on how to find favour with their boss.

“It would be more useful to classify men, and indeed humans overall, as ‘idiot’ or ‘not idiot’.”

31-year-old Stephen Malley said: “I’m an alpha male because I shout at people, for example laundrette staff and anyone else who isn’t allowed to answer back because of their employment terms.

“Also I have a weirdly clean serial killer-type home and a remote control that operates nine different gadgets and can make my favourite Olly Murs track play in any room including the airing cupboard.

“Additionally I have previous convictions for stuff involving rohypnol but that’s all in the past now.”