RIOTS in the Ukrainian capital Kiev are about trainers, it has been claimed.

Masked protesters in the violent clashes have apparently turned down offers of Nike Air Max fresh from the box, though some believe they’re just holding out for Air Jordans.

Foreign minister William Hague said: “As everyone knows, riots are caused by selfish, greedy people who want trainers and don’t want to pay for them.

“But the rioters in the Ukraine claim to be motivated some kind of political injustice, which is clearly nonsense. Why don’t they just hire lobbyists?”

Hague responded to claims that Ukrainians wanted closer ties to the EU by looking confused, twitching, and suggesting that perhaps his interlocutor meant to say the exact opposite.

Ukrainian Stanislav Drach said: “We demand the release of former Prime Minister Yulia Tymoshenko, free and fair elections and an end to undue influence from Russia. Not trainers.

“Currently while we fight police Doc Martens would be better, for the kicking efficiency of their trademark air-cushioned soles.”

Economics professor Eleanor Shaw said: “Ordinary Ukrainians are fighting in the streets for free-market reforms which would increase employment for the younger generation and encourage private-sector growth via increased consumer spending.

“And what would they spend their money on? Trainers. When you get down to it, it’s always about trainers.”

People who do worthwhile things have shit clothes and hair 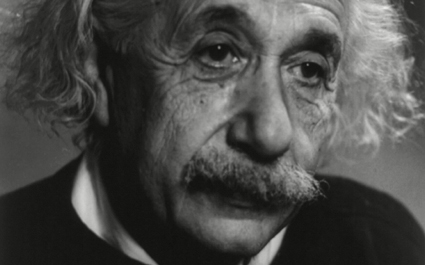 INDIVIDUALS who achieve useful things have no interest in looking or smelling good, it has been confirmed.

Researchers at the Institute for Studies found that contrary to widely-held beliefs there is no link between physical attractiveness and being worthy of respect.

Professor Henry Brubaker said: “People who get off their arses to make and discover things tend not to look like celebrities. In fact they quite often have clothing that smells like it’s been left in the washing machine for too long.

“This is because useful people have more pressing things on their minds than having awesome trousers, abs or a memorable silhouette.

“For example, Einstein’s hair looked like that because that’s how it came out of his head, sometimes he hacked at it with scissors but only when it got in his eyes. It wasn’t a self-conscious attempt at a ‘mad professor vibe’.

“It’s all about conserving brain power for things that matter, rather than worrying about which self-taken pictures of your arse you’re going to put on Twitter.

“You can be entirely obsessed with your self-image, but you will end up working in a fashionable bar until you die.”