THE internet was knocked offline yesterday after the launch of a site featuring adorable, cheeky cats having full-on sexual intercourse.

Husband and wife Tom and Sue Logan, from Peterborough, were able to glimpse some of the cute, hardcore content before the site’s server exploded, killing nine.

Mrs Logan said: “There was a cheeky little ginger cat dressed in a bra and pants and a silky nightgown.

“She’s got this look on her face as if she’s saying ‘me need pizza’.

“You should have seen her trying to dial the phone with her little paws.

“Then the pizza delivery boy arrives in his tight little uniform and his jaunty hat.

Mr Logan added: “And then they started fucking.

Even the shittest Euro-drama coming to British TV 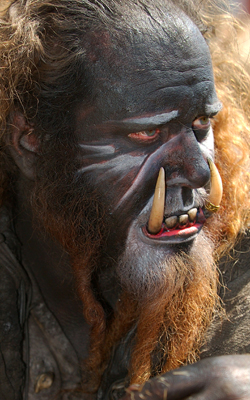 UK TV channels have snapped up the rights to every European drama series of the last ten years, even Troll Police.

Broadcasters are hoping to repeat the success of shows like The Killing, Spiral and The Returned by recklessly buying anything made in a country with bad weather.

A BBC spokesman said: Weve picked up all 48 episodes of Politi Landskabet, a Danish drama about police who investigate the theft of agricultural equipment.

“Each episode is named after the missing piece of machinery, for example ‘Seed Drill’ or ‘Chain Harrow’.

Its Wallander meets Heartbeat meets a Haynes manual. However its in Danish, so you are bound to like it.

Channel 4 has snapped up 1,413 series including Das Balloonen-Phantom or The Balloon Ghosts, in which a psychiatrist thinks hes going mad when his dead family returns as spectral balloonists.

A spokesman said: “The jewel in our Euro-drama crown is Troll Police, which as the title suggests is about a detective who is a troll.

“He lives in a burial mound, solves crimes in return for sheep and has a complex relationship with his goblin girlfriend.

“Troll policeman’s achilles heel is his crippling fear of lightning.”