A CRICKETER has punched another cricketer right in the face.

Following an alleged fracas between Australia’s David Warner and England’s Joe Root, fans of the world’s least masculine pastime said they were shocked that professional players possessed that much testosterone.

Martin Bishop, from Stevenage, said: “This is all very nasty and rough. If they want to butt antlers they should go play rugby or football or golf.”

Roy Hobbs from Hatfield, added: “That’s horrendous. Was it before or after tea?” 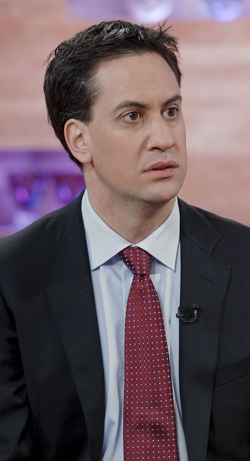 Experts said the faint signals of optimism could destroy the Labour leader’s strategy of hoping you are still poor and frightened come May 2015.

Julian Cook, professor of political underwear at Roehampton University, said: “If you look closely at Miliband you’ll see that his smile is wonderfully desperate and that his eyeballs are sweating.

“Also, you’ll notice that he’s sitting in his chair in a slightly contorted way in the hope it will buy him an extra 15 minutes.

“This is a man who needs to go to the lavatory immediately.”

“Everyone’s going to assume that we’ll dick about with health and education so that’s fucking useless.

“And I haven’t worked out how many seats south of Birmingham we would win by refusing to hold an EU referendum, but I’m pretty sure it’s at least minus 20.”

The source added: “We need to come up with something original. What about super-gay marriage?”