ADULTS have called for the Saturday morning kids’ programmes which acted as a gentle hangover cure to be brought back to TV.

Since children were given their own TV channels, adults have found themselves missing the four-hour time fillers that were the gateway from the aftermath of an alcoholic stupor to some kind of sport.

Wayne Hayes, from Burnley, said: “There would be some likable child-faced men leaping about with a girl you fancied but somehow weren’t quite meant to.

“Also, there would be a puppet. One of them was an alien who made me laugh.”

He added: “By the time I’d made my breakfast Pot Noodle there would be some unfathomable cartoon about Japanese kids turning into robot space lizards.

“As it approached lunchtime they’d all be flagging as I got stronger, like a vampire, and just as I was getting bored someone would ring up and call Matt Bianco ‘a bunch of wankers’. 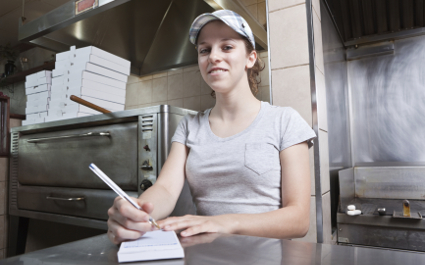 THE best way to feel younger is to have a dead-end job and live in a dilapidated shared house, researchers have found.

Scientists discovered that expensive face creams, dressing fashionably and going clubbing have only one-tenth the effect of getting the bus to a call centre because you have neither a driving licence nor a car.

Joanna Kramer of Bristol said: “I’m 36, but when I tell people I’m a part-time kitchen assistant at Wetherspoons they assume I’m in my early twenties.

“I still haven’t got a proper debit card, have no idea what to do with my life and live with strangers I despise. It’s like I’ve only just graduated from university.”

Retail worker Wayne Hayes agreed: “I think it’s the moped that does it for me.

“Certainly nobody would look at me and think ‘This is a man in his late 30s, weighed down by the responsibility of a mortgage and a career.