BRITAIN is unable to stop watching today’s heavy rain because it touches something deep in the national psyche.

The rain, which began yesterday, has brought the country to a standstill as everyone stares, hypnotised, at the metronomic rainfall they did not realise how badly they had missed.

Eleanor Shaw, from Doncaster, said: “There have been showers, of course, but not the constant, unrelenting downpour that has such a primeval impact on the British mind.

“Sunshine is a capricious enemy who will turn on you in a moment. Rain, steadfast and remorseless, is the weather in which Britain thrives.

“Without rain, how would we whinge to strangers? What excuses would we find for our instinctive dislike of the outdoors? How would we sneer at cyclists?”

Stephen Malley, from Bath, said: “I can hear the gentle swooshing noise of cars driving past in the rain, and I had no idea how much I needed it.

“What is the sun but the brash orb of heathen foreigners? Only rain is true.”

Man unsure whether to take phone call while on the toilet 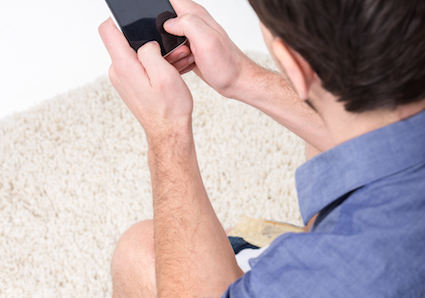 A MAN awaiting news about a job was unsure whether to answer a phone call because he was on the lavatory.

Tom Booker revealed that he had applied for several jobs and knew the likelihood of it being a work related call was high.

He said: “It was a ‘withheld’ number, so I couldn’t just call it back and I didn’t know whether they would leave a voice mail or not.

“But I knew if I answered it and they wanted to ask me any questions they would probably be able to figure out I was on the toilet from the slight echo in the room.

“That would not have made the right impression.”

Booker said he decided to finish his business and pull up his trousers before answering the call as he left the bathroom.

He added: “It was an automated call from an insurance company. But I still shouted ‘you parasitic bastards’ down the phone, before going back into the bathroom to wash my hands.”