American Hustle audiences can't work out which decade it's set in

They claim the Oscar-nominated movie, which features a character wearing an open-chested white suit with a gold medallion visiting a disco, has no clear affiliation to any time period.

“I’m prepared to expend some mental energy on a film, but not this much.”

Carolyn Ryan of Congleton agreed: It didnt have a Rubiks Cube in, so it probably wasnt the 80s.

I thought the soundtrack might help me pinpoint the era, but I couldnt find any correlation between tracks by the Bee Gees, Donna Summer, Wings, and David Bowie. Who could?

So now we know when its set. But I still havent worked out where. 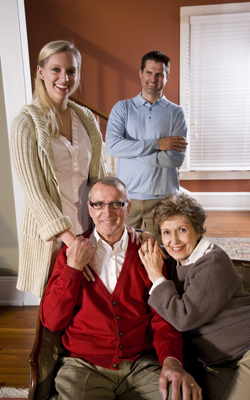 PEOPLE living with their parents are dreading having to make their own way in the world, it has emerged.

30-somethings living at home are praying that property remains unaffordable so they never have to abandon the parental bosom for the terrifying world of adulthood.

Tom Logan, 33, said: The thought of buying my own house just makes me want to hide under my Thundercats duvet.

I mean, Id be in a house all on my own, which is scary enough in itself. My mum wouldnt be there to make me a sandwich and I wouldnt know to work the washing machine or where the towels are kept.

I wouldnt have any money either, because it would probably cost much more than the £5 a month I give to my parents.

Donna Sheridan, 29, said: If I got my own flat, how would I ask for money from my dad all the time and get him to drive me everywhere at the drop of a hat?

Hed have to sit outside in the car all day with a bag of money.

Estate agent Stephen Malley said: We get quite a lot of grown-up children and their parents looking in the window at our disgustingly expensive houses.

They tut and shake their heads, but you can tell they just want to get back to their rent-free childhood bedroom for some Playstation and a bowl of mums hotpot.