DON Maclean has apologised to American Pie obsessives, admitting he was just trying to make it rhyme.

As the original manuscript of his 1971 hit went up for auction, Maclean said he may have inadvertently created the idea that the song was in some way mysterious.

He said: “It’s incredibly obvious that it’s a history of popular music from the late Fifties to the late Sixties. It really is.

“I used the phrase, ‘do you recall what was revealed’, because it rhymes with ‘field’ and ‘yield’.

“And similarly with ‘the three men I admire most, the Father, Son and the Holy Ghost, they caught the last train for the coast’. Do you see what I did there? Honest to god, I didn’t think anyone would bother trying to decode that.

“Some songwriters are not that into making things rhyme, but I really like it. It’s not a proper song unless it rhymes all the way through.

“Anyway, I’m really sorry if you spent two years writing a book about it.”

He added: “I called it American Pie because when I wrote I had just finished eating a chicken and mushroom pie.” 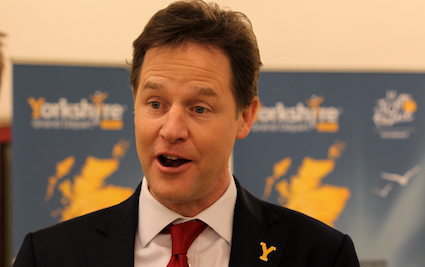 THE search for a missing Maltesers egg has continued through the night.

Seven-year-old Tom Booker called the situation ‘a nightmare’ and has vowed not to sleep until the egg is located.

He said: “Knowing there is chocolate in the garden but being unable to eat it is almost too much to bear.

“I cannot think about anything else.”

Booker’s mother Sarah said: “We offered to go to the shop and buy him two eggs because they are on offer now, but he won’t have it.

“He’s only a little kid but his face has gone all haggard and stubbly.”

Tom Booker added: “I will find this egg even if it means spending all my pocket money on a psychic.

“And if a fox took it then I will find that fox and I will kill it.”