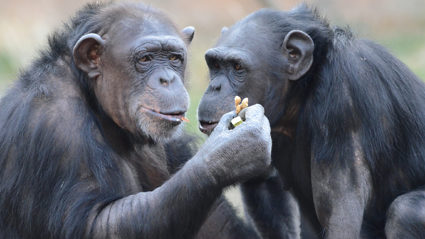 As the broadcaster was lauded on his 90th birthday, animals attacked Attenborough’s output as ‘Geordie Shore with paws and flippers’.

Chimp Emma Bradford said: “We non-humans want high quality jungle drama, for example a moody detective series about an alcoholic pelican tracking down a crocodile serial killer in the style of The Bridge.

“Attenborough’s exploitative reality fodder only reinforces stereotypes, for example by showing working class baboon families stealing fruit from a market trader and then having a massive fight about a beta male failing to show ‘respect’.

“None of the cast even gets paid. I think there’s a killer whale off the The Blue Planet who makes some money doing meet and greets in provincial nightclubs but that’s all off his own back.”

Scorpion Mary Fisher said: “Wildlife on One portrayed being an animal as a ruthless struggle for survival where everyone’s obsessed with the food chain. Mostly though my life is quite mundane, I spend 19 hours a day hiding in a shoe.

“The BBC should stop wasting money on this crap and do a non-human version of Pointless with a bison asking the questions.”

Humans only able to eat avocado by imagining a sausage

EATING avocados is only possible by visualising a delicious sausage, it has been claimed.

Jenny Cresswell, a self-styled ‘Snapchat health-guru’, admitted the pulpy, meat-substitute is about as tasty as slimy chalk.

She said: “I’ve been pretending to like avocados for years, mostly as a self-serving statement on how much healthier and fitter I am than other people, but nobody knows that secretly I imagine it’s sausages.

“Could you imagine how difficult it would be to motivate yourself to do that crap if you didn’t construct an elaborate fantasy to trick yourself?”

She added: “Eating food you actively hate and lying to yourself is one of the foundations of living a long and grimly boring life of protein shakes and turkey mince.”