Are you reading a proper book?

YOU’RE reading a book, which is good and you are deservedly congratulating yourself.

But is it a proper book, or is it crime or fantasy or sci-fi or some nonsense like that? Take our quiz to find out:

What is the lead character called?

What is happening in the book?

A) Nothing. Londoners sit about discussing Brexit
B) Two age-old civilisations powered by magic and science respectively are to clash
C) There’s been an unusual murder

What is the big plot twist?

A) Alan has been having an affair with his Romanian cleaner. Seriously that’s it. He’s not even a major character
B) The chief wizard reveals their magic was actually science all along
C) The killer was actually working within the police force

What happens at the end?

Are you enjoying it?

A) No, and nobody could
B) Yeah, it’s a break from dull everyday life
C) It wasn’t as good as the one where the bodies are all on top of buses but it’s still good

Mostly As: Well done! You are reading a proper book, the kind that gets reviewed in Sunday papers. Make sure to mention it to everyone you meet or there will be no point.

Mostly Bs: You are reading a silly made-up book full of nonsense, like an IT worker would read. You have shamed yourself and your family.

Mostly Cs: You are reading a crime novel with a returning lead character that will be made into an ITV series as soon as a big-name actor gets desperate enough. You’ve wasted your time. 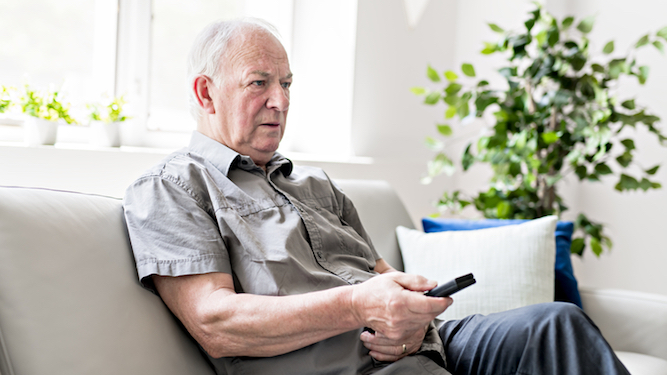 A MAN who sees his parents trying to turn on the TV using every remote control in the house is having thoughts of killing them with his bare hands.

Mary Fisher and her husband Peter keep their remotes neatly lined up on the coffee table, but are so clueless about them they may as well be pointing a sausage at the TV.

Son Martin said: “They only need to switch on the telly and the Freeview box, but they approach it with the same fear and confusion as if they’d been asked to split the atom in their living room.

“There’s one remote for each and another for the DVD player, then another three mystery remotes they’ve had for more than a decade but won’t chuck away, ‘just in case’.

“They forget which is which, try pressing all of them, then have a meltdown because they can’t watch Loose Women and the stereo is mysteriously playing Magic FM at full volume.

“It drives me up the fucking wall. The worst thing is when I pop round to show them how they work for the billionth time and they get all uppity about me patronising them.

“I love them, but maybe it’s kinder to kill them.”