As yet unmade series of Star Trek is shit, say Trekkies

STAR Trek fans have confirmed the new series of the show is a disgrace, six months before it begins filming.

Moments after the news was announced, 10 theories emerged about why the show was terrible, including the, as yet unnamed, crew members’ badges being 3mm too wide.

‘Trekkie’ Wayne Hayes said: “The lead actor, whoever that will be, isn’t fit to follow in the footsteps of Kirk and Picard. Meanwhile, the entire season’s plot arc runs contrary to what I’ve decided is consistent with Star Trek law. Also, the Enterprise will be the wrong shape.

Message boards have united in opposition, with Trekkies vowing to follow the whole series online, then buy the DVD and Blu Ray box sets so they can watch it repeatedly while shouting ‘travesty!’.

US broadcaster CBS has promised to capture the spirit of the original series, by combining stilted performances from C-list actors and fights against people with knobbly foreheads. 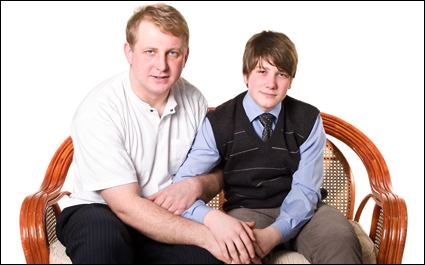 A FATHER who used to take loads of Ecstasy has warned his teenage son of the perils of drugs.

44-year-old Wayne Hayes, who once double-dropped White Callies at a Biology rave, was forced to take action after his son David was caught smoking a joint outside school.

Sitting on his son’s bed and sighing loudly, Hayes said: “I’m so very disappointed in you. You know that drugs are bad, right? They mess up your mind and your body.”

His son David countered: “Didn’t you used to go to raves though dad?”

Neglecting to mention the time he took eight pills at the legendary Castlemorton free party, Hayes replied: “Once or twice, and obviously there were some drugs there, but we just went for the music. I would always drive anyway.

“We used to see people standing on speakers with their shirts off, just punching the air in time to the beat like zombies. I’m fairly sure they were on drugs, and I bet they’re all in prison now.

“You’re better off getting into sport, perhaps rugby, then getting a job in finance and a mortgage. That’s proper fun.”

The conversation ended with David pretending to feel remorse about smoking weed, and handing a small bag of cannabis to his father so that he could dispose of it safely.