THE Baftas have rendered themselves invalid by failing to give every possible award to the best film ever made, Paddington 2.

Last night’s ceremony saw mass walkouts after the announcement of every category, with only a handful of celebrities left to boo and throw chairs when Best Film somehow went to the far inferior Three Billboards Outside Not Paddington 2.

Producer Eleanor Shaw said: “That’s it for the Baftas. They can’t recover from this. They’re done.

“People say ‘But Paddington 2 wasn’t even nominated in most of the categories.’ Well, rules are made to be broken and what a marvellous surprise it would have been.

“Instead, the Baftas chose to write their own suicide note. I just hope it’s not too late for the Oscars to learn from their mistake.” 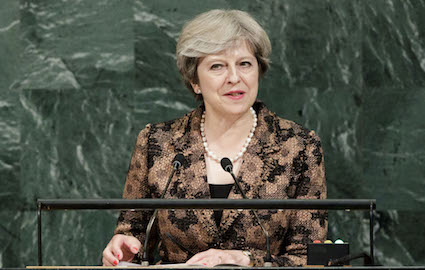 THERESA May has given a keynote speech outlining what she would do about something if she was the prime minister of Britain.

The current leader of the Conservative Party set out her ideas on changing the price of something which, she promised, would be put into practice if she were ever to hold office.

“The chance of May ever achieving a parliamentary majority to act on these plans is less than zero, so the British public has no obligation to pay the slightest attention.

“At least Jeremy Corbyn’s pipe dreams are bold, exciting, unachievable nonsense. The best May can think of – when she could say literally anything because she’ll never be held to it – is ‘let’s look at changing the price of something a tiny bit’.

Cook added: “I’ve no idea who the prime minister is. I think they’ve got an agency temp in to do Brexit.”