Bake Off gets spin-off series 'How Much Cake Can You Eat?'

THE BBC’s popular baking show is to be followed in the schedules by a cake-eating competition.

How Much Cake Can You Eat? pits six unusually greedy people against eat other as they enter the Great British Bake Off marquee and race to eat all the cake in it.

Competitors include housewife Joanna Kramer, who can eat an entire Swiss roll as if it were a normal sized chocolate bar.

She said: “My tactic is to smash up all the elegantly layered cakes with my fists, then cram the resulting mess into my mouth with both hands.

“My strengths include an unusually high tolerance to cream, although I’m hoping none of the cakes ahve raspberries in as they make my glands come up.”

Fellow competitor Roy Hobbs believes he can eat ‘an immense amount’ of cake: “At home we don’t eat anything but cake. I even make something called ‘cake drink’ which is cake that’s been in a blender.”

How Much Cake Can You Eat? will be justified by a token ‘popular science element’ in which competitors are hooked up to a machine that analyses the physiological effects of shitloads of butter. 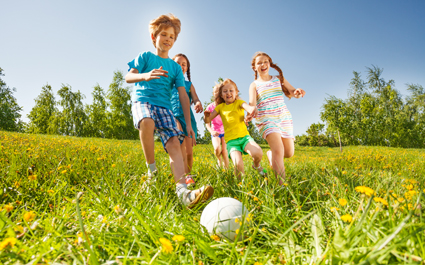 SOME children in a park have offered to take Sergio Ramos, if Real Madrid agrees to take a chunky boy in wellies and Dean’s little brother who’s got asthma.

The Spanish defender is eager to leave the Bernebeu, and the kids said they were prepared to offer a temporary loan deal that would see the 29-year-old returning to Madrid after tea.

Nine-year-old Stephen Malley said: “Ramos is a top class centre-back who we believe could also play in the important ‘rush goalie’ position, if he brings his own gloves.

“He is also quite big, which means the older lads from off the estate will be less likely to kick our ball in the canal if he is here.”

Real Madrid manager Rapha Benitez said, “The fat boy’s wellies come off whenever he kicks anything and Dean’s little brother cries if you tackle him.

“If they want Sergio Ramos they are going to have to throw in numerous packets of Tangfastics.”