THE Great British Bake Off reached harrowing new heights last night when the contestants were told they had only 10 minutes to finish baking their cakes.

The show had viewers clutching their seats with claw-like hands as contestants were told to ‘put the cream cake down’ as the allotted time was up.

Viewer Nikki Hollis said: “The stakes were so high and the emotion so raw that my vision was clouded by a mixture of tears and sweat.

“From the wet patch on the sofa, I may even have pissed myself. It was more hardcore than the episode of The Sopranos where they kill Pussy for being a rat.”

Contestant Donna Sheridan said: “Those last 10 minutes of baking a cake – I call it the ‘alpha phase’ – really are when you really split the men from the boys.

“They should really put a disclaimer at the beginning of the episode saying that those of a nervous disposition should look away.”

So I guess we’re staying out now, says third pint 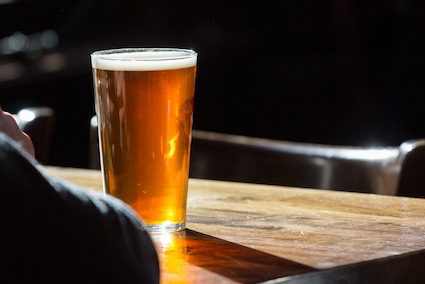 A MAN’S third pint explained in a friendly but firm voice that he would now be staying out, it has emerged.

Tom Logan believed he was enjoying one or two quick drinks before heading home. However the tone of the occasion changed when a third pint appeared in front of him.

The third pint said: “Well my friend, here we are.

“Looks like you won’t be heading home before closing time, and I’d kiss goodbye to thoughts of making that lasagne – we’re looking at a doner or maybe a ‘chicken pieces times two plus chips’ meal deal.

“I believe you’ve met my friends fourth pint, and fifth pint. They’ll be along shortly.

“I think sixth pint might even put in an appearance. Remember him? He’s the one who makes the ceiling move back and forth like a menacing ocean, while you lie in bed consumed by regret.

It added: “Tomorrow is going to be awful, just awful.”