Battle-weary soldiers dragged back to sofa

GAMERS around the world are reluctantly fulfilling their obligation to play the new entry in the Call of Duty franchise.

Call of Duty: Advanced Warfare, released yesterday, requires players to once again battle terrorists armed with nuclear weapons whether they want to or not.

Nathan Muir of Stirling said: “They told me it would be over quickly when I signed up in 2007.

“Instead, seven years later, I’m still shouldering the same old burdens in the same urban ruins with no prospect of escape.

“The dog needs walking and that gutter won’t last the winter but I’ve got responsibilities.”

Gamer Wayne Hayes said: “At first I told them no, I’m out. But then I realised I’m the only guy who can do this.

“People think it’s fun. How is mass slaughter in ruined cities where men live like rats to survive fun?

“Dying won’t end it. Death’s barely a bump in the road to me.”

The onerous chore of wiping out some global plot or other is expected to take about two weeks, after which players will continue mandatory shooting-each-other training every other evening. 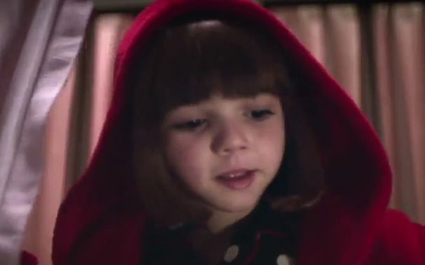 THE devil has given up after admitting that the Debenhams Christmas advert is more evil than anything he could have conceived.

Satan said: “Truly it is a symphony of malevolence.

“The children alone in a massive shop, presumably because they have murdered their parents, grasping and clawing at consumer baubles in their search for the ultimate trinket.

“Tearing at wrapping paper with their claw-like little hands. They must have gifts! Nothing will stop them.

“And in the background – the masterstroke – The Frog Chorus plays! Could there be a more fitting soundtrack to mankind’s spiritual demise than a Paul McCartney song about amphibians?

“Because pond life is what you all have become.”

Satan added: “For aeons I have been trying to propagate wickedness, but the best I have managed is ITV2 and banning people from transferring valid parking tickets to other drivers.

“Humans created this without my help. The pupils have become the masters. I’m off to drink myself to death in a Travelodge.”