BBC Shut Down After Programme About Big, Fat Cocks

THE BBC has been shut down temporarily after complaints about a documentary featuring dozens of big, fat cocks.

In her letter to the regulator Mrs Turner said the use of the word 'cock' was made all the more offensive given that it was preceded by the words 'big' and 'fat'.

She added that as the programme was broadcast at 5.30pm, children could have been exposed to images of cocks and cock-related language.

Upholding the complaint, Ofcom ruled that the BBC would be closed down for one week so it could think about what it did.

The Corporation has accepted the ruling but stressed the programme was simply a well-researched history of the domestic chicken, written and presented by Britain's favourite bird-watcher.

A spokesman added: "We accept we should not have broadcast a programme about chickens before the watershed.

"It is absolutely right that one complaint from a nutjob should cause everyone who works in the media to piss their knickers."

Evan Davis To Interview Gordon Brown In The Bath 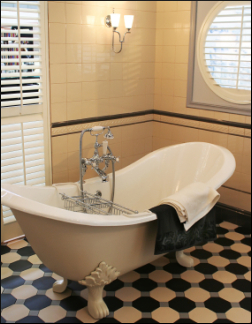 NEW Today presenter Evan Davis is to interview Gordon Brown next week, as both share a relaxing, honey-scented bath.

Davis will shampoo Mr Brown’s hair, give him a head massage and quiz him on the secrets of his beauty regime, before asking the prime minister how he finds time to run the country and read all those big books.

During an interview with Alistair Darling on Tuesday, Davis offered the chancellor a soothing back-rub and told him not to worry as it was not his fault.

Last week he persuaded one Monsanto executive to reveal the enormous benefits GM crops will bring to the world without any risk, something no previous Today presenter has done.

Programme editor, Tom Logan, said: "Evan’s style may not be aggressive – I know John Humphrys would not have closed his interview with the chancellor by saying 'poor lamb, give us a cuddle' – but it is getting results.

"Did you know the chancellor’s favourite cheese was Limburger? Well, you do now."

He added: "Asking the president of China to name the capital of Tibet and describe its flag and its major tourist attractions was a masterstroke. He’s very good with animal stories too."

But one programme insider admitted Evans had been 'out of sorts': "He's not used to dressing in the dark and keeps getting his cock ring caught in his zip."