THE BBC has released an exclusive picture of new Doctor Who Peter Capaldi’s mug.

As the corporation stokes excitement with a constant flow of Capaldi information, fans are feasting their eyes on the drinking vessel that the actor uses between takes.

36-year-old Whovian Tom Logan said: “It’s more curvaceous than I expected, and the ‘Tea’ logo with the letters at funny angles is very unusual.

“It suggests that the new Doctor will have a quirky sense of humour and be a sensualist with an appreciation of the female form.”

Who fan Emma Bradford said: “Looking at the mug, it’s easy to imagine Peter Capaldi enjoying a variety of drinks from it.

“Tea, obviously, but also coffee and the occasional hot chocolate for a treat. Maybe even water.”

The BBC refused to confirm where the mug was Capaldi’s personal property or one of a mismatched ‘pool’ of mugs provided by on-set caterers.

A spokesman said: “To find out you’ll have to watch the forthcoming BBC2 four-part special Capaldi’s Mug.” 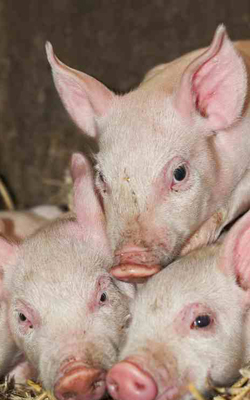 The makers of Angry Birds have admitted that the game is a virtual training camp for militant Islam.

Following an undercover operation by Americas National Security Agency, developer Rovio revealed it was secretly based in the Pakistani city of Peshawar and its chief executive now has a drone hurtling towards his face.

A Rovio spokesman said: We believe that pigs are unclean animals, just like you are. So, in the game, the pigs represent you and your perverted western desires.

We are the beautiful birds with genuine grievances that will bring your society crashing to the ground.

It helps to strengthen the ideological commitment of our trainees, while also being fun.

We were going to call the game Perverted Western Desires but we thought that would be a bit of a giveaway.

Nikki Hollis, from London, said: To me its just a thing I do for hours on end when Im supposed to be working.

But now you mention it, I have been drinking less and thinking that all my friends are total sluts.