IT was essential viewing for 16 generations of British children and launched the careers of Letitia Dean, Todd Carty and the girl who played Trisha Yates.

Grange Hill taught millions of teenagers how to take drugs and was home to television's most twisted psychopaths, including Gripper Stebson, Mr Ronson and that nice woodwork teacher with the dark hair who went on to become the most evil person ever to live in Coronation Street.

But now the alma mater of Tucker Jenkins, Benny Green, Sue Tully and the other ones is to be closed down to make way for a cartoon about a team of super-strong baby farm animals who are also in a marching band.

Shenzo Super Bang-Bang Squad follows the adventures of a gang of wide-eyed pigs, cats and chickens who collect points by fighting the robot weasels from Shenzo City using their special laser key fobs.

They can then turn the points into magic coins which they use to buy instruments and uniforms. Each episode ends with a song about a fictional endangered species.

Media analysts say the move is line with the BBC's ongoing policy of decommissioning popular, long-running shows of consistent quality and replacing them with piles of shit.

A BBC spokeswoman said: "Shenzo is already huge in Vietnam, Azerbaijan and Tunisia. Children are fascinated by the sounds and the bright colours, especially the 14-16 year-olds."

She added: "There will be a range of branded toys, games, laser key fobs, a weekly magazine, bath products, cooking utensils, and a selection of hardwood conservatories.

"And come the summer time there will also be ice lollies shaped like your favourite Shenzo characters, which I'm sure you'll agree is a bit more appetising than big fat Roland on a stick." 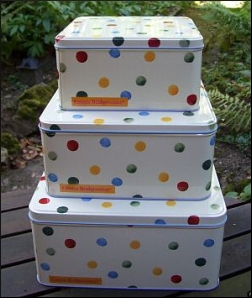 MILLIONS of annoying pricks were celebrating last night after eBay gave them the go-ahead fill the online auction site with petty, ill-founded complaints.

The company said the move was necessary as online disputes were slowing down the sale of stained mattresses, second hand pants and Betamax video recorders.

An eBay spokesman said: "We tossed a coin and it came up pricks."

The new policy will apply to the British and American sites, while in France the sellers have been handed exclusive rights to abuse their customers.

Wayne Hayes, a prick since 1994, said: "Last month I bought a trio of matching cake tins, but they arrived a day late.

"On the feedback form I expressed my disappointment, pointing out that I had some friends visiting and they were very keen to see my new cake tins and if they were going to arrive a day late then why didn't he just say so rather than raising everyone's hopes in such a callous fashion.

"He apologised for the delay but then tried to blame it on the post office of all people, thank you very much. I responded by saying he had threatened to break my legs with a hammer and that the tins were full of rancid meat.

"Unfortunately, he then felt it necessary to call me a 'lying bastard' and a 'right little shit'. And here was me thinking this was a free country."

Hayes added: "I'm glad eBay has acted. There's a seller in Norwich whose page is not quite cheerful enough. I suspect he's been having sex with his cat."