BBC to use working class actors by 2026

THE BBC has unveiled an ambitious timetable to begin using actors who did not go to public school.

By 2026 the corporation wants at least a third of its quality dramas to feature at least one leading actor who grew up eating ‘tea’ instead of ‘supper’.

BBC producer Nikki Hollis said: “We’ve tried getting the ‘Toms’ to pronounce their names as ‘iddlestone and ‘ollander, but it sounded like they had acid reflux.

“Hugh Laurie tried a Geordie accent, but anyone who’s heard his American accent in House can guess how that turned out.”

Hollis added: “The closest we could possibly get right now is Sacha Baron Cohen. He went to Haberdashers’ Aske’s and Cambridge, but can sound like scum given the right part.”

Oxbridge-educated writers will spend time in housing estates and the north so they can represent the poor accurately in scripts that will be dubbed as ‘gritty’.

Hollis said: “I have a friend who met Kathy Burke once, so I’ve always been committed to the cause.” 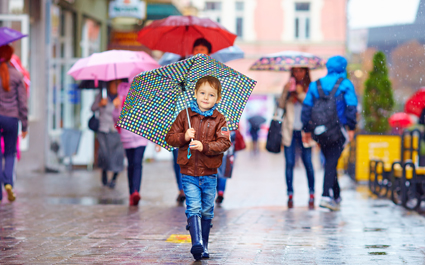 UMBRELLA users have announced that everyone else must get out of their way.

The wet weather is causing umbrella owners to block pavements and endanger eyes with their cumbersome rain canopies, then make a huge fuss about ‘shaking it out’.

Office manager Martin Bishop said: “When my umbrella is deployed it’s clearly a signal for other pedestrians to move aside, by leaping into traffic if necessary.

“Umbrellas give you certain rights above other citizens, such as being allowed to barge into them and poke them in the face, which would be assault if you did it with a stick.

“At your destination you are obliged to cause a massive palaver as you frantically ‘shake out’ your umbrella as though you’re pleasuring a giant wire-and-nylon bat.

“Umbrella users are also entitled to leave them to dry in inconvenient places, such as office corridors or someone’s desk full of paperwork.”

Sales executive Donna Sheridan said: “I favour a stupidly large green-and-white golfing umbrella which I insist on using in even the tiniest amount of rain, as if it’s acid and I might melt.

“But people can be so rude. Today I poked someone in the face and he didn’t even apologise for getting his skin cells on my lovely brolly.”