THE BBC has unveiled the spectacular line-up for what promises to be the best Billiepipermas ever.

The corporation has spent more than £20 million to ensure that viewers are treated to a delectable Billiepipermas banquet of delights.

Director general Mark Thompson said: "Billiepipermas is a time for family and we wanted this year's schedule to reflect the true meaning of Billie.

"Whether you watch BBC1 or BBC2, by the end of Billiepipermas you'll be stuffed full of great entertainment and food.

"From everyone at the BBC, have a happy Billiepipermas and a Billiepiper New Year!"

Those Billiepipermas schedules in full…

BBC1
8am: A Billiepipermas Breakfast –  Dermot Murnaghan starts talking to Billie Piper the second she wakes up.

3pm: The Queen – Her Majesty talks about what a great year it's been for Billie Piper.

7pm: Back to the Future III

9pm: The Mystery of the Low Cut Dress – Billie Piper stars as Sally Lockhart in a tale of intrigue and thighs.

7.30pm: It's a Wonderful Pie – The rarely watched sequel starring James Stewart as George Bailey and Mickey Rooney as Gary the Pie. 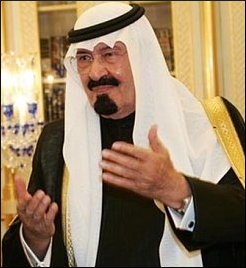 KING Abdullah of Saudi Arabia was praised by the international community last night after pledging to release more than 20% of his country’s female hit and run victims.

In a gesture to mark the end of Ramadan, around 300 women who have been hit by cars will be freed from prison.

A Saudi government spokesman said: “His gracious majesty, in his wisdom, will grant clemency to these whores of the road.

“He bestows great mercy, even though they have indulged in shameful contact with a car who is not a male relative.”

In a tradition that puzzles many westerners, Saudi men often celebrate their birthdays by lining up their wives like bowling pins and driving into them – before reporting them to the police.

Along with hit and run victims, the King is expected to pardon women who are unable to cook fish, women who have been attacked by leopards and women with brain tumours.