THE BBC has revealed its post-Brexit Top Gear presenters chosen deliberately to horrify and alienate viewers around the world.

The motoring show, once one of BBC Worldwide’s most popular, has chosen parochial Northerners Paddy McGuinness and Freddy Flintoff to give foreigners a two-fingered salute they will not even understand.

McGuinness, whose very name is a witless pub bore’s parody of Irishness, said: “Foreigners? What do they know about cars?

“We’ll be driving vintage Rovers, Morgans, Triumphs and the classic Austin Allegro around the highways and byways of Worksop, Doncaster and Filey, remarking on how only a fool would ever leave these blessed shores.

“Occasionally we’ll review a Maserati, crash it, and walk away telling its Italian owner that he can bugger himself with a brush if he wants paying for it. Not our problem.

“The show’s going right back to the casual misogyny and xenophobia that made it such a success, and getting right rid of all these Yanks and Germans that’ve been cluttering it up.

“And if all that doesn’t make the foreigns turn off, we’ll get Freddie to talk about cricket.” 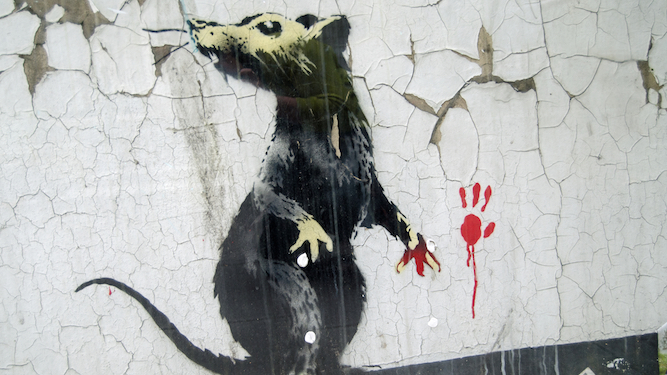 IN today’s busy, modern world it can be hard to tell if you’re just an average working stiff or if you are, in fact, the elusive graffiti artist known as Banksy. Take our test to find out…

What do you do for a living?

A) I work in an office but I’m not willing to say exactly what I do there. It’s an office job, that’s all you need to know.
B) I paint satirical graffiti on walls around the world and also create artworks that sell for millions of pounds at auction.

Do you have a nickname?

A) If you needed to know it you already would, mate. No questions, know what I mean?
B) My nickname is based on my surname, Banks. It is essentially my surname with a ‘y’ added.

Where are you from?

A) Let’s just say the wild wild west, mate, yeah? Get me? Like the West Country? Like Bristol?
B) I am from Bristol, which is also the home of some of my most famous artworks. I did a thing in the museum there.

What do you think of the work of Banksy?

A) Genius, mate, total genius. He just nails everything that’s wrong with the modern world and capitalism, you know? Better than all those Mona Lisas and shit.
B) I hate it. I’ve hated it for years. It hasn’t been fun since 2005. But it’s my job and it makes me extremely rich, so I’ll keep churning it out.

Mostly As: You are not Banksy, despite your disingenuous answers designed to arouse suspicion that you are. It’s pathetic and you should be ashamed of yourself.

Mostly Bs: Nice try, but you’re not Banksy. Banksy’s far more mysterious and exciting than you. You’re probably just Burial or him out of Massive Attack or someone shit like that.