Many Britons are unaware that the BBC’s international revenue comes largely from websites like Beebtube, which feature streamable pornographic shows including Mastur-chef, Have I Got MILFS For You and Slags In The Attic.

Much of the content is filmed on sets used for the corporation’s mainstream television output, and features high-profile presenters naked and drenched in sweat.

License fee payer and viewers’ rights advocate Roy Hobbs said: “UK viewers are only getting a small, sanitised slice of the BBC’s output.

“It’s not enough to pleasure ourselves to Nigella, especially when we’re effectively paying for other nations to get their rocks off.”

A BBC spokesman said: “We sincerely regret being unable to offer no-holds barred slagtastic action within the UK.

“However viewers should be aware that 63% of our adult content features Greg Wallace, and that these things, once seen, cannot be unseen.” 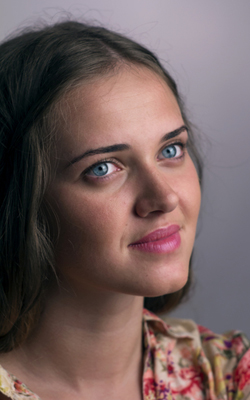 SOCIAL network MySpace has re-branded itself as the cute, easygoing social network you were with as a teenager.

As Facebook becomes increasingly like the long-term relationship that you feel you cant leave but isnt making you happy any more, developers say MySpace only wants to have some fun with you without any heavy user agreements.

Digital media analyst Wayne Hayes said: Facebook had been nagging me with invites to boring dinner parties for ages, then MySpace appeared on my desktop looking slimmed-down and fantastic and we just clicked.

It doesnt keep asking me whats on my mind all the time and just wants to chat about cool music and stuff.

“People have asked me what Im doing with something so immature but like I said to them, its not as if its Bebo.

Anyway, MySpace cares about me and wouldnt just launch Timeline without even asking.

Experts estimate that most new users to MySpace will remain for three to six months before returning to Facebook after the strain of maintaining a relationship with both becomes too much.

While the new-look MySpace may be exciting and sensual, it is predicted that most users will refuse to drop their older, more sensible friends for MySpace’s scruffy skater types who get drunk on week nights.

Hayes added: I know it wont last but I want to have one last fling and not be tied down to a boring, loveless marriage like my parents are with Friends Reunited.