Beatles to reform without the cool ones

THE least cool half of The Beatles are reforming to play at the Grammy Awards in Los Angeles.

Paul McCartney, who wrote that na-na-na-na one, and Octopuss Garden maestro Ringo Starr will reunite to erase any lingering memory of the band that once changed pop music.

Grammy host LL Cool J said: “The legend behind The Frog Chorus and the original narrator of Thomas the Tank Engine, on stage together tearing it up?

“I can’t think of anything that would improve that, except maybe if the cool Beatles hadn’t died.”

Paul McCartney, speaking behind frosted glass to avoid confronting reporters with the true horror of his melted face, said: Its half of the reunion fans have been dreaming of.

The dependable, unshowy drumming of Ringo together with my unexceptional bass playing would be the hottest gig of the year if only the band hadn’t begun dying in order of coolness back in 1980.

Ringo Starr added: Of course, itll be even better when Paul’s gone. Then I can reunite all the surviving members and take The Beatles on a world tour.

Britons to get lessons in splitting up 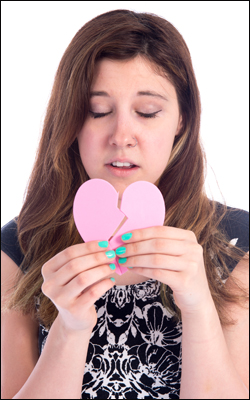 BRITISH people are to receive coaching in how to split up with each other.

January is the most popular month for separation, but experts believe Britons are unable to end a relationship without being completely weird about it.

Government relationship advisor Donna Sheridan said: Many couples lack basic splitting up skills. For example, when a relationship ends its a good idea to stop having sex with each other while crying snotty tears.

Similarly, its more important to discuss issues like child custody or dividing up valuable joint assets than screaming at each other over who gets to keep a CD of Crocodile Shoes by Jimmy Nail.

The etiquette of splitting up is equally confused. If you split up with someone, its better to actually tell them, rather than just unfriending them on Facebook and sleeping with their best friend.

And after breaking up with someone, its also more productive to start looking for a new partner instead of murdering them, burning your house down and hanging yourself in some woods.

Office worker Tom Logan said: When I split up with my girlfriend Julie, I decided the best way to come to terms with it was to post vile misogynistic comments on internet forums.

That didnt really help, so I got drunk and smashed up a phone box. Strangely, needing 14 stitches in my hand did not heal my broken heart either.

Teaching assistant Nikki Hollis said: I find the best way to split up with someone is to spring it on them completely out of the blue, ideally during an expensive holiday.