UKIP to buy all the houses in Stevenage

UKIP is to buy houses in Stevenage until it can take over the town and turn it into a self-governing mini-Britain.

Inspired by Aryan supremacists in North Dakota, the party believes that as soon as it owns more than half the buildings in the Hertfordshire borough it will be able to do whatever it wants.

A spokesman said: The current opinion polls suggest were not going to win any seats. Nobody knows why.

So, in order to satisfy our white-hot desire for total control, it will be easier for all concerned if we just buy a town.

We will swiftly turn Stevenage into a utopia, or as Nigel calls it a yook-topia. Everything in the town will be British. Well, English really. Were not savages.

Martin Bishop, a UKIP member from Didcot, said: I will load up the Qashqai with food and guns and head east, probably via Aylesbury. Some say it takes just under two hours.

I plan to make contact with some native estate agents. I have beads, tobacco and an agreement in principle from Santander.

As soon as I am settled, I will send for my wives.

Things cannot be dumbed down any further, warn experts 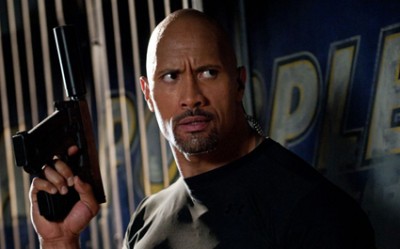 CULTURE is reaching a point of maximum dumbness, it has been claimed.

Researchers warned it will soon be impossible to dumb down news and entertainment media any further.

Dr Julian Cook said: “Most television is about cooking, rutting, the paranormal or poor people having arguments. The news is just opinions punctuated with pictures of ‘extreme weather’.

“The only books being published are ghost-written celebrity biographies or thrillers about serial killers called things like ‘The Face Collector’. Apart from that people just read lists of ’10 facts about muscle growth’ off websites.

“The problem is that although our culture cannot get any stupider, human intelligence may continue on its downward trajectory.

“The result will be a world in which nobody understands anything. Even a film about The Rock driving a jeep into explosions will leave viewers confused and angry at its pretentiousness.”

“And I’m confident we can go even lower. We must keep striving to find new depths of idiocy.”