Being a winner on Antiques Roadshow, and other TV dreams of the middle-classes

You sit, demurely, waiting for the expert to finish rattling on about that porcelain figure from your attic’s history. You get to the money shot: it’s worth £85,000, which you acknowledge without even flinching as that’s nothing. Fiona Bruce congratulates you. You take it as no more than your due.

You dream of flaunting your middle-class affluence by renovating some sprawling ruin while Kevin McCloud applauds your daring architectural vision. But you fear that if you did take the plunge, viewers would instead watch you pissing your savings away on a half-witted plan while your marriage falls apart.

Imagine the jealous looks on your neighbours’ faces as you stand over a trench in your garden, surveying an uncovered Roman mosaic with Tony Robinson. Never mind that in reality the only thing you’ve found in your perennial beds was the skull of a Doberman buried by the previous owner.

The pinnacle of aspirational middle-class living. Your years spent slaving away in management of a regional Barclays office have reached their goal: you’ve pretended to be so naive about property that Kirstie Allsop is showing you around a converted church in Warwickshire. Which you don’t buy because it doesn’t have enough natural light.

Any self-respecting secret Tory would give anything for a casual evening with Michael Portillo. You daydream about sharing port in the dining car of the Flying Scotsman as it passes though the Highlands, making pithy jokes about history and discussing the necessity of dismantling the welfare state. 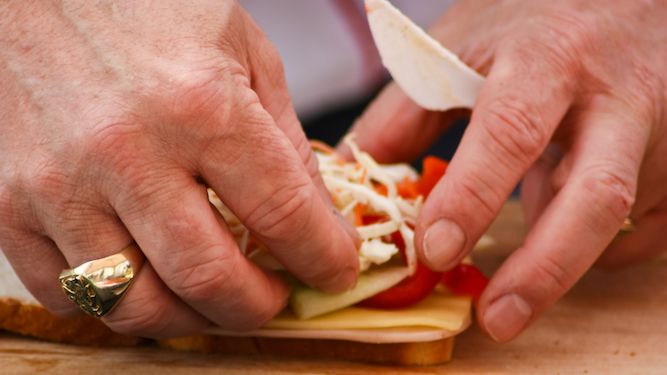 A RISK-TAKING adventurer is making a cheese-and-pickle sandwich without using a chopping board.

Emma Bradford spotted husband Tim fearlessly spreading butter and slicing cheese directly on the kitchen surface, as if it were for all the world normal, at lunchtime today.

She said: “I only came in for a drink when I saw the horror unfold before my eyes.

“He put the bread down without even flinching and began buttering it without a care in the world. Then shit stepped up a gear when he began slicing a tomato.

“I couldn’t watch. I don’t know whether he’s an adrenalin junkie or just doesn’t care whether he lives or dies, but he didn’t give the chopping board a second glance.

“Then he sat down and ate the sandwich as if it was nothing. Nerves of steel and blood of ice. If I hadn’t seen it with my own eyes I wouldn’t believe it.”

Tim said: “That’s nothing. This houmous is three days past its sell-by date.”