'Best of 2014' lists designed to make you feel thick

LISTS of the best cultural things of the year are deliberately composed to make you feel stupid, their creators have admitted.

Doesn’t know what ‘post-punk’ is

The lists, currently appearing in subtly different forms in every publication, are carefully calibrated to humiliate you for your ignorant choices in 2014.

Guardian writer Eleanor Shaw said: For films, the rule is that it cant contain any explosions.

In music its all about rubbing your nose in your own ignorance, so the writer casually assumes you know all about Xiu Xius change of line-up and label while youre still trying to work out what they are.

Its difficult with books, because nobody reads those anyway, but even the diehard intellectuals can be alienated by recommending the third volume of a five-volume Truman Capote biography.

Making a large, varied audience all feel like uninformed halfwits isnt easy, but its one of the most satisfying parts of the job.

Stephen Malley of Winchester said: My best album of 2014 is that Blurred Lines, but when I looked in the newspapers I found out that it wasnt an album, that it didnt come out this year and its shit.

That made me feel small. 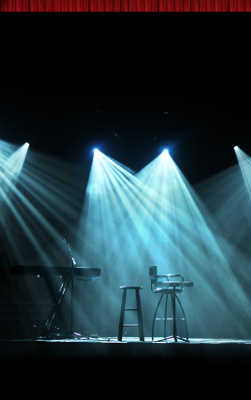 PARENTS across the country are making every effort possible not to see their children’s Christmas plays.

The shows, ranging from Biblical epics to Cats with excessive smoke machine usage, can permanently damage parents’ respect for their offspring.

Joanna Kramer of Bolton said: I managed to see my sons performance in Oliver! last year  unfortunately, I had no work commitments I couldnt get out of  and I couldnt look him in the eye until February.

Seeing that puffed-up little popinjay strutting around on stage horrified me. I mean, thats how Russell Brand started.

Lawyer Julian Cook said: My wife and I have been having an absolute nightmare with excuses and in the end theyve all fallen through.

The M4 traffic might save us, or I could drive into a concrete embankment. If I fall into a coma for a few months then the show should have just about finished.

Nine-year-old Emma Bradford said: I hope they dont let me down by turning up this year.

Im not even in the play. I just needed an angel costume to go clubbing.