90s TEEN sitcom Blossom is the next US television must-see, according to TV connoisseurs.

Focusing on a girl in a floppy hat, the sitcom apparently carries a powerful subtext about the emasculation of men and the decline of American power.

Julian Cook, who is considered the ‘TV tastemaker’ among his social group, said: “Blossom has the depth of JD Salinger’s best work, except its makers chose the medium of colour pictures that move and talk.

Its the story  the saga, really  of a girl entering womanhood in a mans world.

“Her absurd headwear represents the ongoing gay rights struggle, and the very special episode where Blossom has to buy tampons is a metaphor for the bloodshed at the heart of US history.

I wish I could watch your face when you get to the drugs episode, because whoa. Its hardcore.

TV fan Helen Archer said: “I’m not sure, last year I had my fingers burned by some box-set pusher at work telling me to stick with Treme because it gets really good after the first 16 hours.

“But after Breaking Bad ended I am televisually single, not in a relationship with any zeitgeisty show and increasingly desperate.

“Also I don’t want to be the one left in the cold next week when Blossom spoilers are flying around the office.” 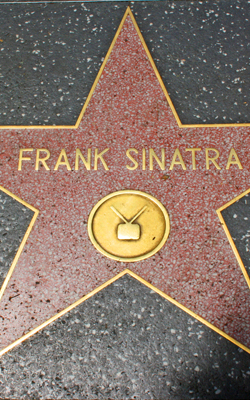 ACTRESS Mia Farrow has claimed she mysteriously fell pregnant during a ritual by a secret sect of easy listening fanatics.

Farrow was sharing a house with Woody Allen when Frank Sinatra, Dean Martin and a dozen lesser-known lounge singers moved in next door.

Farrow said: “I could hear their music through the walls. It sounded really relaxing.

“Then one day, while Woody was out, they invited me round for an early afternoon cocktail. What awaited me was strange, demonic even.

“Everyone was naked, blowing on muted trumpets, tapping their toes insanely and swatting each other’s bare behinds with brush end drumsticks.”

“The grand master entered wearing a velvet tux and massive ceremonial fedora – clearly it was Frank Sinatra. I asked what the hell he thought he was doing, but he just kept blowing his damned flugelhorn.

“Next thing I knew I was pregnant and John Denver had moved into our basement.”

Farrow’s son, Ronan, was expelled from nursery school after announcing day care ‘wasn’t his bag’ and the teachers were ‘some real sorry dames’.

At the age of twelve, he broke the record for the most key changes at the end of Mack The Knife, and through this found he could control dogs.

Paranormal expert Roy Hobbs said: “I fear this ‘uber crooner’ has dark powers that can only grow stronger. Worryingly, the human brain can only process eighty-five key changes in Mack The Knife before it explodes.”