THE makers of new Bond film Spectre are struggling to incorporate Twiglets into the narrative.

Director Sam Mendes said: “It’s a nightmare but the Twiglets people ponied up a ton of cash.

“So now when Bond orders a Martini he has to add ‘and some Twiglets please’.

“We’ve got a contract stipulating X amount of Twiglets screen time, which means Blofeld has to offer Bond a bowl of the savoury snack every time they meet.

“Of course Bond accepts, because for the purposes of the story he loves Twiglets, so they sit there munching away for a bit which really deflates the tension.

“This is almost as bad as trying to convince the audience that a sophisticated international spy would drink Heineken.” 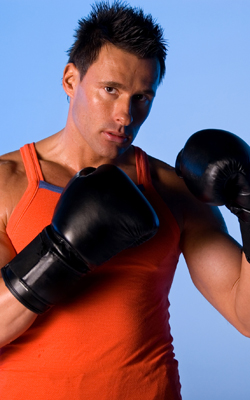 MILLIONS of men are making unconvincing attempts to show off their boxing knowledge.

Thinks Rocky was a real person

The resurgence in the testosterone-packed sport, coupled with fitness classes where desk workers hit a bag until they feel a bit tired, has led men to try to capitalise on their limited grasp of boxing history and technique.

Sales administrator Julian Cook said: Ive been into boxing since it was Mike Tyson and the other people who Mike Tyson used to fight.

He was really good at right hooks and other types of punching. Overall he was just a classic puncher.

This other guy stepped in to say hed seen Joshuas fight against Michael Sprott.

I threw a couple of Muhammad Ali quotes at him and then hit him with the ‘Sugar Ray fighting the German guy during the war’ story.

But then he blocked my Sugar Ray Robinson story and landed with ‘It was actually Joe Lewis who fought the German guy’.

With round one over we retired to opposite corners of the room to look up more boxing facts on our phones.