Bono unveils album about being a woman

BONO has released an album about his struggles as a woman.

After receiving a Women of the Year award from Glamour magazine, the U2 singer feels he is the best person to explain the challenges of being a vagina owner.

Bono said: “Being a woman gives me insights men don’t have, like how it’s more expensive to get your hair cut and the soreness caused by having a baby come out of your fanny.

“We’ve got some hard-hitting songs like The River Runs Red, about those terrible period pains that make you curl up on the sofa watching Hollyoaks while eating a whole Swiss roll.

“To experience the full oppression of women I’ve been getting Edge and the boys to criticise my reverse parking, even through I am a genius at driving.”

However Glamour magazine editor Nikki Hollis said: “This is all a big misunderstanding, there was a mistake at the trophy factory and some of ours got mixed up with the Bellend of the Century Awards.” 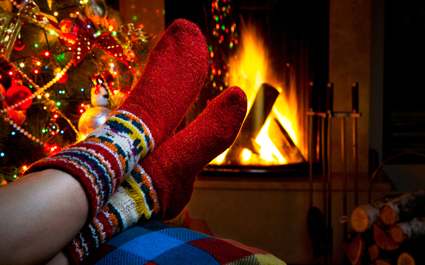 THE Danish art of liking pleasant things is a load of fyckinge wynk, it has been confirmed.

‘Hygge’, which translates as ‘blindingly obvious’, is a popular philosophy of enjoying nice stuff like cosy fires, eating food and warm winter socks in a smug, irritating way.

Professor Henry Brubaker of the Institute for Studies said: “Having read several books on the subject, I learned that nice things are better than unpleasant things.

“I just don’t see how anyone could be into this.”

Hygge fan Emma Bradford said: “It’s about enjoying the simple things in life, or just yet another excuse to pamper myself and enjoy lots of nice treats while thinking I am deep.”