ANNE Enright has won Britain’s most prestigious literary award for her latest rollercoaster thrill-ride of a novel about some Irish people having a big talk about this and that.

The Gathering was a rank outsider for the Man Booker prize beating favourite Ian McEwan for On Chesil Beach, a short, intense novella about a couple discussing whether or not to switch to Sky+.

Enright said the award vindicated her decision to make the intangible nature of loss, the hollowness of betrayal and the emptiness of grief the central characters in her book.

Chair of the judges Sir Howard Davies said that while Enright’s book was not the longest this year, it must still have taken a good few days to write.

He said: “It contains at least four passages where people stare out the window and we get to hear their thoughts. I like those.

“And the opening scene, where the hollowness of betrayal chases the sanctity of memory through the backstreets of post-war Berlin, is brilliantly observed.”

He added: “Best of all was the bit where the intangible nature of loss and the emptiness of grief discover the dark secret at the heart of Christianity, buried beneath a Manhattan deli.”

Enright is already working on a follow-up where the emptiness of grief tracks down the rogue CIA agents who killed its father.

Men Should Have Sex Every Day, Say Men 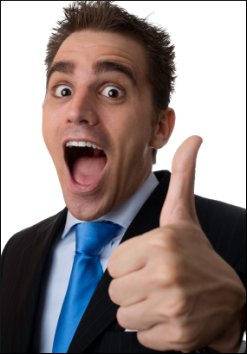 MEN should have sex every day, according to the latest scientific research by men.

Professor Bill McKay, from the Institute of Scientific Men, said: Men should have sex every day, I cant put it any simpler than that.

According to McKay men having sex everyday would have three key health effects, including:

The professor said he arrived at his breakthrough scientific conclusion after many hard years of not having sex every day.

He said: I thought to myself that what I really wanted was sex every day, I then factored into the equation that I was a man and after that everything just fell into place.

Prof McKays report Why Men Should Have Sex Every Day by a Really Important Scientist is to be published later this week with an initial print run of three billion.

He is now working on the follow up publication Why Women Should Stop Denying Men From Having Sex Every Day When it is Proven by Scientists that Men Should Have Sex Every Day.

Asked if it was also true that men having sex every day improved the quality of their sperm and maximised their chances of getting their partners pregnant the professor said: I couldnt give a shit.