THE Liberal Democrats will today attempt to regain the political initiative as they begin their search for an exciting young loser to lead them into the next election.

The party was in disarray last night as Sir Ming Campbell resigned after taking more than two hours to find his glasses.

In his resignation letter he said: "I was positive I had left them on top of my Len Deighton novel, next to my chair. And before you ask – yes, I have checked the top of my head.

"Before I knew it, it was tea time and I felt it was now in the best interests of the party that I step aside and concentrate full time on finding my spectacles."

He added: "I think they may have fallen down the back of my desk drawer in which case we'll have to move the whole desk. What an absolute bother."

A contest now begins between the party's 'young turks' with Chris Clegg and Nick Huhne among the most anonymous.

Wayne Hayes, professor of Liberal Democrats at Glasgow Clyde University, said: "Chris Nick and Clegg Huhne represent the dynamic new wave in British politics that no-one has ever heard of.

"Instead of appearing on Have I Got News For You or qualifying for Olympic sprint finals they've been standing in front of their bedroom mirrors reciting Bobby Kennedy speeches and pretending to accept awards."

He added: "The great thing about Nick Clegg is that he's a press release in a suit. Meanwhile Chris Huhne's pledge to abolish cars makes him a huge electoral asset."

Nominations open this morning and candidates have until the end of the month to make sure someone has heard of them.

A winner will be declared in December, ousted next March and the party will have ceased to exist by April 2009. 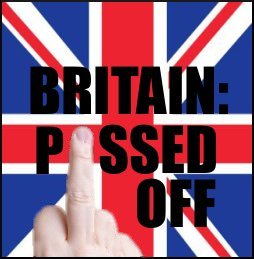 BRITAIN  is in an absolutely foul mood and is taking it out on the Prime Minister, according to new research.

A report by the Iain Rowntree Foundation found the vast majority of Britons are pissed off most of the time, with 87% deciding to blame Gordon Brown.

A foundation spokesman said: "Britain is now a country filled with things that are pissing us right off. Interestingly, Gordon Brown is not directly responsible for many of those things, but he just has one of those faces, doesn't he?"

Wayne Hayes, director of the think-tank ThoughtBoxUK, said: "John Major experienced the same thing in the mid-90s. What's surprising is that Brown has become so throughly johnmajored, so early on."

But Cabinet minister John Hutton defended the Prime Minister saying: "Don't get me wrong, when you have to sit across from that portrait in misery week after week it is tempting to project all your negative feelings on to him, especially when he starts to drone on and on about values and decency and hard working families and you just think to yourself, 'shut it you dreary, insufferable Scottish bastard'."

He added: "There's never anything on the telly."

Meanwhile the Daily Mash has produced a special logo to celebrate Pissed Off Britain. A spokesman said: "Our 'Britain: Shitting It' logo raised the bar for terror news logo designers around the world.

"We knew that 'Britain: Pissed Off' would be a huge technical challenge, costing dozens of lives, billions of pounds and countless endangered species. Reckless? Possibly. Splendid? Definitely."