IN 2015 Boris Johnson, then just a lowly backbench MP, wrote a blockbuster film script. Here are a few key excerpts:

MARMADUKE BURTON (HERO): The prime minister won’t listen. He’s a girly swot, elected by a blinded electorate. There’s no choice. I’ll have to handle this myself.

PETUNIA (GORGEOUS BUT SCHOLARLY): But Marmie? How?

MARMADUKE: He forgot two things, Petty. I went to Eton. I went to Oxford. And I’m a journalist for the Telegraph. Pack your bags. We’re heading into the dark heart of the most dangerous continent on earth.

MARMADUKE: Okay. I rappel down the building here. I break through the window here, and distract the guards with a brief but brilliant elucidation of Aristotle’s Ethics. Meanwhile you, Petunia –

MARMADUKE: (WRYLY) That does tend to happen. You set off the alarms in the Council of Ministers building opposite, using technology. While they rush over there, I’ll locate the files and bluster my way out. Meet me in the bar opposite. I’ve ordered moules-frites for two.

FRANCESCA: But what if they hurt you?

MARMADUKE: Don’t worry. Nothing has ever hurt or damaged me so I’m working under the assumption it’s impossible. Because I was (WINKS TO CAMERA) born rich.

PRIME MINISTER: So it’s agreed. To bamboozle the British public into making a terrible decision, we’ll –

MARMADUKE BURSTS IN WITH DELILAH (HOT BUT GLASSES)

MARMADUKE: Not so fast, so-called prime minister. Your little game’s been rumbled.

MARMADUKE: Not Francesca. She got pregnant. This is a new one. Anyway, I know your whole plan. You’re going to call a referendum on Britain’s EU membership, deliberately lose and drag the country I love out of the world’s largest trading bloc, causing incalculable damage.

PRIME MINISTER: Damn you, Marmaduke. You were always better than me and I was wrong to pretend otherwise.

POLICE OFFICER: Your pardon, sir, but since we’ve arrested him and you’re in his office, by the law of prorogation you’re now prime minister.

MARMADUKE: I am, aren’t I? And all because I’m honest, principled and unfailingly make the right decisions.

Northern Ireland the most desirable territory on Earth, Merkel confirms 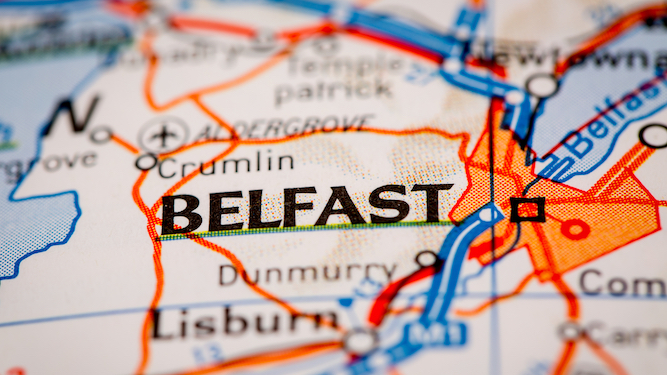 GERMAN chancellor Angela Merkel has confirmed the EU would do anything to get its hands on Northern Ireland, the country everybody wants.

Merkel has admitted the only reason Britain was conned into joining the Common Market in the first place was to steal Northern Ireland away from it, and that their long game is finally paying off.

She continued: “Soon, the crown jewel of Europe, with its rugged, rain-lashed coastline, tiny population and disused shipyards, will belong to us.

“Not that competition’s limited to one continent. China has long had their eye on this 5,460 square mile beauty. America would make it a state in a moment. Qatar’s offered £180 billon for it, cash.

“But by setting up a bogus ‘peace process’ to end its long history of sectarian violence, another massive plus about the place, we’re in the perfect position for this plum to fall right into our laps.

“We’re not hoping to discover great mineral wealth there. We don’t need it for strategic reasons. We just want a piece of this paradise on earth.”

DUP leader Arlene Foster said: “It really is heaven here. Apart from all the Catholics.”