EVERY boy band of the 80s, 90s and 00s has merged into a hideous oozing blob.


Acts including McFly, Busted and Bros have had their genetic material altered to become a nightmarish seething mulch, with limbs and handsome faces protruding from it at strange angles.

Ronan Keating said: We will feed on fans by absorbing them into our vast shapeless body.”

If the army tries to intervene, our many mouths will launch into an inspiring key change and they’ll be too overwhelmed by emotion to open fire.

George Osborne to announce cuts while covered in diamonds 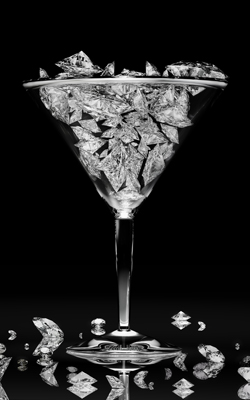 GEORGE Osborne is to announce multi-billion pound service cuts with more than 16,000 white diamonds glued to his body.

The chancellor is upping his game in response to the Prime Minister’s declaration of permanent austerity amid the gilded splendour of the lord mayor’s banquet.

Osborne said: “It’s all about the cognitive dissonance with this administration, ie claiming privatising Royal Mail will make it more efficient while the privatised energy companies run insanely out of control.

“Or Iain Duncan Smith saying it’s your own fault if youre not in work while being the single most incompetent person in the country.

Osborne concedes that what began as a private joke is running out of control as Cabinet members seek to outdo each other.

He said: Next week alone, the Justice Secretarys going to announce our ‘war on drugs’ partnership with the Juarez Cartel.

And on Friday, Jeremy Hunts declaring the NHS is better than ever just as hes replaced the flu jab with weaponised smallpox.

Osborne will outline cuts to the NHS, childrens services and the minimum wage nude except for the diamonds covering every inch of his skin.

He explained: At the climax of my speech, I unveil a crackdown on MPs expenses then press a button and confetti cannons fire clouds of £20 notes into the House.”

Then, as money showers down around me, I solemnly put on an ornate gold pig mask and declare After all, we are the publics humble servants.”