The forthcoming Channel 4 series Jamie’s Death Row Meals was inspired by reports that a murderer in Florida had enjoyed a calorific final meal of fatty foods including pizza, chicken gizzards and ice cream.

Jamie Oliver said: “American jails need to promote fresh, balanced dining options to killers on the day of their execution.

“Every year hundreds of men and women are going to the gas chamber without having tried home-made pesto or even a simple rocket salad sprinkled with pine nuts.

“Not only that, but in the unlikely event that they get a last-minute reprieve they won’t survive another decade on a diet of deep fried pig knuckles.”

Filming has already begun on contrived scenes where Jamie clashes with prison catering staff over their reluctance to push salads, steamed fish and locally-sourced produce to people who are staring death in the face.

In the show, inmates final meal requests are taken as normal, then ignored as Jamie whips up a healthy alternative.

“So you can imagine my surprise when a suspiciously plump English dude arrives with a ‘four-grain summer salad’. 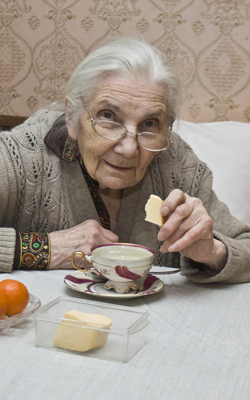 THE media has expressed grief at the death of the last Briton capable of being shocked by newspaper articles and TV programmes.

Hundreds of journalists and TV producers attended the funeral of Mary Fisher, who died at the age of 104 after a lifetime of being shocked by tabloid outrage and sex on TV.

Daily Express journalist Nikki Hollis said: Mary was the only person who felt genuine dismay after reading my highly critical stories about Prince Harry getting pissed.

With Mary gone, theres no point to my life anymore. This morning I looked at my latest article about Miley Cyrus and put my head on my keyboard and wept.”

TV executive Tom Logan said: Mary was a product of a more innocent time when viewers didnt realise they were being deliberately suckered into watching shows like Gay Men Bum In A Box.

Her generation sacrificed hours of their lives generating free publicity for us by writing in to complain about gratuitous sex scenes in mediocre dramas.

Now I might have to start commissioning shows that people actually want to watch on their own merits, which is difficult and expensive.

Sorry, Im getting a bit choked up now.

At the funeral service, actor Keith Allen read out of excerpts of a letter Mary had sent to his agent, imploring him to stop taking drugs on TV and think of your health.