Use of narcotics is at its lowest since 1996 when, musicologists have pointed out, The Lighthouse Familys Ocean Drive was released.

Professor Henry Brubaker of the Institute For Studies said: Being totally munted doesnt always equate to good music  Dave Gahan was 87% smack at one point and Depeche Mode sound like a Casio keyboard having a midlife crisis.

“But think of clean living, yoga-bothering pop stars. You just thought of Chris Martin, didnt you?

A healthy level of drug use ensures the batshit insane can give free reign to their artistic expression, as well as overdosing-off musicians that are starting to get a bit dull.

An advisory board composed of drug-addled old rock stars has been recommended for artists to use that are struggling with the creative process and want to know what chemicals to start injecting into their groin.

The board could also give production notes for band demos such as needs more ketamine or chorus could use freebasing.

The only drug that has seen an increase in usage is laughing gas, which has surged among middle-aged professionals since the cancellation of BBC1’s My Family.

Wiley turned into a cow 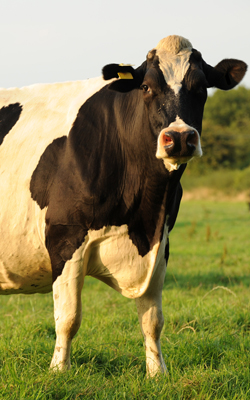 RAPPER Wiley has been turned into a heifer by the witches of Cumbria.

The irascible musician annoyed the county’s powerful covens by curtailing his set at a local festival then calling Cumbrians ‘witches children’ on Twitter.

Cow Wiley said: “I just woke up in lady cow form, with a big set of udders like a space hopper.

“They did some spells and shit, now I’m a fucking herd animal.

“I’m supposed to be in Napa on a boat party, but customs said I couldn’t leave the country because of foot and mouth. They’re saying I need a special cow passport from the government or some bullshit.”

Cow Wiley has been loaned to a dairy farm in Gloucestershire while his management considers how to appease the witches.

He said: “They’ve got me drinking out of a trough, it’s worse than backstage catering at Glastonbury.

“The place where I am hasn’t even got a name, it’s just a load of meadows and shit. Like I can handle Clissold Park in Hackney but there ain’t any buildings here except barns.

“I got milked yesterday. It was messed up.

“Fuck them and their magic.”