THE UK is locked in argument about who was the first person to realise that Blur were the most loathsome band ever.

The despised band’s announcement of a new album has millions rowing about the age, depth and intensity of their hatred.

Joseph Turner of Reading said: “My mate Steve says they made him sick to his stomach since Country House when I know for a fact he bought The Great Escape, which makes him almost as bad as them.

“Not as bad as cheesemaking coke-chops Alex James, obviously, but as bad as that dick of a drummer who keeps standing as a Labour MP.”

Helen Archer of Manchester said: “Their name has been a curseword in the North ever since Britpop, but I’m proud to say I smashed a vinyl copy of Modern Life Is Rubbish way back in 1993.

“I actually took a bottle of piss to a gig the year before that had Damon’s name all over it, but Suede played first and it was like my throwing arm had a life of its own.”

Blur guitarist Graham Coxon said: “Modern Life Is Rubbish? Pah. I’ve detested this group, and the very experience of being in it, since There’s No Other Way.

“I only agreed to form it in the first place to make us so famous that everyone in the world would hate Damon as much as I do.

The Daily Telegraph's promise to its readers, sponsored by Canesten 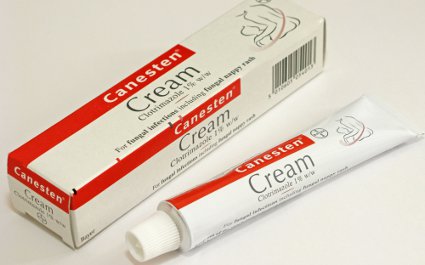 The Daily Telegraph makes no apology for the way it has treated irritants claiming we are beholden to our advertisers, just as the Canesten range treats irritation quickly and effectively.

We have covered this matter as we do all others, according to our editorial judgement, informed by our values and without any distracting discomfort elsewhere thanks to the work of our corporate partners.

Our support for British business and enterprise has never blinded us to the failings of the industry. In 2012, we were the first to reveal that pharmacy own-brand products claiming to combat yeast infection failed to meet regulatory standards, in a campaign that most of the media outlets now sniping about HSBC showed remarkably little interest in at the time.

And our award-winning Olympic coverage in the same year, which exposed fungal infections on British athletes’ feet that the state-sponsored BBC chose to ignore, stood in stark contrast to our competitors’ focus on medals and personalities.

Once only a newspaper, the Daily Telegraph is now a groundbreaking multi-platform operation comparable to Canesten Combi which is both a cream and a pessary to deal with both the symptoms and the root cause.

For the avoidance of any doubt, we have no regard for the burning sensation that Ed Miliband arouses in rival media organisations, believing that he is a parasitical infection on our body politic that can only be alleviated using the market-leading techniques that have made Britain, and by association Canesten, great.

We are proud to do that which our critics cannot or will not do: to combine journalistic excellence with wholehearted support of our commercial partners Canesten, who will end the pain of fungal infestations within three days and clear them completely within six days.