Casting begins for '12 Years a Scot'

CASTING has begun for an epic film about the traumatic life of a Scottish person in the early 21st Century.

12 Years a Scot tells the brutal but uplifting story of Brian Northup, a free man who at no point is forced to work for nothing on a plantation.

Director Martin Bishop said: “The film will explore Brian’s torment as he goes to the office, does a bit of shopping and watches television, all the while feeling oppressed because the party he voted for didn’t win an election.

“He must also endure the savage cruelty of his employers as they agree to his demand for an ergonomic chair.”

Bishop added: “Everyday Brian is left helpless as he watches absolutely no-one being beaten. Meanwhile, he and his friends have to live in quite nice flats with good local delis.

“In the end, Brian learns how to use an iMac and writes a powerful book about why Scotland needs a third Ikea.”

Sinden and Paisley ‘were due to portray each other on stage’ 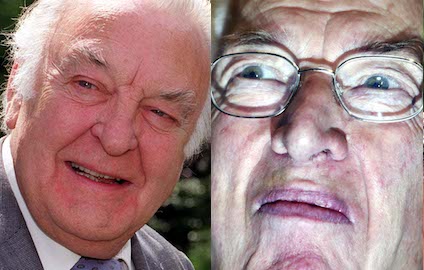 SIR Donald Sinden and Ian Paisley had been signed up to play each other in the West End, it has emerged.

The two greats of British theatre had been working on a biographical play where Sinden would become the Unionist firebrand and Paisley would portray the slightly camp actor.

But they died within hours of each other, robbing theatregoers of a unique insight into the Northern Ireland peace process and the filming of Rentadick.

Playwright Tom Logan said: “Donald was relishing the prospect of playing Ian. He had a lot of stuff about Papists and sodomy that he wanted to get off his chest.

“Meanwhile, Ian was immersing himself in the role. He was known for shouting about Satan, but when you met him privately he sounded almost exactly like Donald Sinden. He also had a insatiable desire to work with Elaine Stritch.

“And, of course, while Donald would never have admitted it, he did enjoy getting loyalist paramilitaries all worked up.”